The European consumer demand for butternut squash, which starts being harvested in eastern Spain in early September, is on the rise. 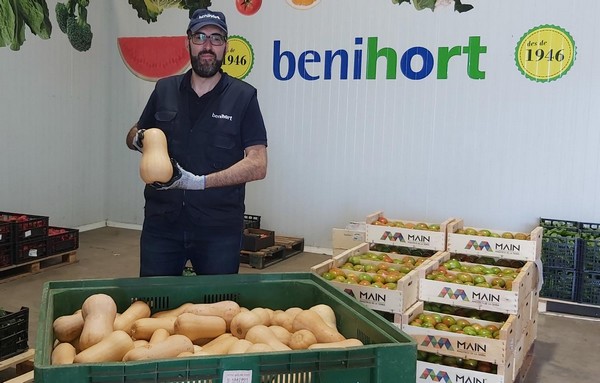 In fact, the campaign has already started for the cooperative Behihort, based in the municipality of Benicarlo, in the Spanish province of Castellon, which offers an extensive range of fruit and vegetables. "We are already harvesting the first butternut squashes, but we will only have significant volumes from mid-September," says Carlos Miravet, vegetable sales manager of this cooperative. "Together with sweet potatoes, butternut squash is our autumn product par excellence."

The organization expects to market half a million kilos of squashes this year, both conventional and organic. “Our volume is considerably greater than last year and the entire production has already been sold in advance. As the demand grows, our acreage continues to expand and the growers' profit margins are also maintained,” says Carlos Miravet.

The extreme weather conditions of recent months in eastern Spain, which at times have caused significant damage to multiple crops, have not affected the butternut squash in the Bajo Maestrazgo region. "At this time, the pumpkin fields are in good condition and I think we'll be able to get the harvest in without any problems," says Carlos. "However, if it started to rain now, it could be problematic, because the fruits could burst."

Benihort supplies supermarket chains and wholesalers in Spain and abroad, mainly Germany and the Netherlands.