Indore is the most populous and largest city in the Indian state of Madhya Pradesh. On Thursday, staff, traders and porters of the three main mandis (markets) of city -Choithram Fruits and Vegetable Mandi, Chhawani Anaj Mandi and Laxmibai Nagar Anaj Mandi- went on an indefinite strike against the Model Act on Mandis that was passed through an ordinance. It is a state-wide strike of MP Mandi Board officers and employees. M.S. Muniya, Mandi Secretary, informed that owing to the indefinite strike there was no activity in all the three mandis. 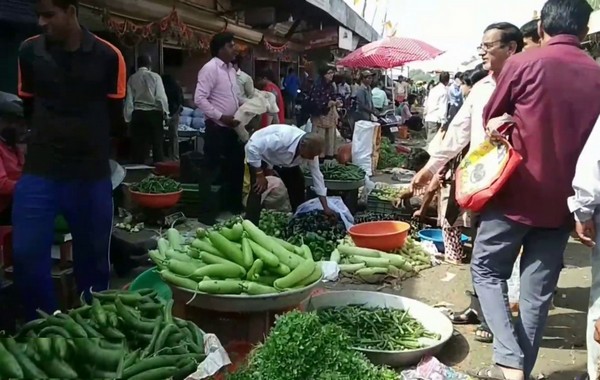 Angira Prashad Pandey, president of Agriculture Mandi Board Officers Association, claimed that farmers, traders and porters are also supporting the strike call. Under the model act, the farmers can sell their produce anywhere, freeing them to sell the produce in mandis only. Pandey alleged that the Act is promoting the unauthorised mandis, and it will harm the interest of farmers, who get good price for their produce at government-controlled mandis.