"You don't have to embellish my produce, it stands for itself - both visually and taste-wise."

A passion for growing great tasting produce has led one Western Australian producer to create his own “mini-industry” of heirloom vegetables.

Warren Grange, in Manjimup, south of Perth, was formed in 2011 with the purpose of growing rarely seen and unusual vegetables. Initially, Rick Scoones and his then business partner started growing just garlic, with limited success, before he and his wife Barbara began the journey into more specialised and exotic heirloom vegetables.

"I had the unshakable belief that if I could grow these things, they would sell - particularly to chefs who have the creative background," Mr Scoones said. "As the years went on, my wife said to me, I was trying to create a new industry, which is probably true because there was no industry producing heirloom vegetables. It turned out to be a leap of faith because I didn't have a large clientele in those days. They knew of those ‘funky’ vegetables, but it took quite a while before I got reasonable volumes into the market. It was an organic growth process; as I am not a marketer, I had a limited understanding of marketing. Slowly, slowly it has grown over the years and today a lot of my produce is used in a lot of restaurants in Perth, and a few in the South-West as well, as well as some high-end retail in Perth." 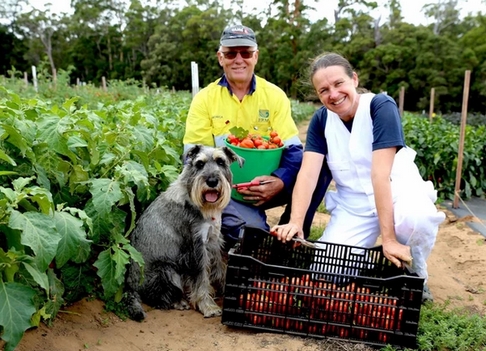 While winter is the quietest time of the year, Warren Grange is preparing for its main season; starting in the spring, and running through until May-June next year. It is expecting to produce nearly 100 different vegetable varieties; 40 tomatoes, 35 pumpkins and squashes, 15 aubergines, 6 capsicums/peppers. Volume-wise pumpkins traditionally make up the most sales, due to the weight of the item, but value-wise tomatoes are the most profitable item of produce. 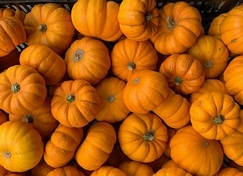 Mr Scoones says that increasingly his customer base is growing, as customers reach out to him because the demand for his heirloom vegetables is growing throughout the WA hospitality industry.

"Chefs are artists, and as they are working in a very competitive industry, they are always looking for an edge," he said. "They want to know what will give them an edge. I recently started supplying to the Pan-Pacific hotel in Perth and they are very enthusiastic about my produce. They have got Peruvian executive chef who just loves the produce and the sous-chef and all staff who have experience with continental and South American flavour - that's just one example. There are a lot of restaurants that I supply in Perth top-end and it is really just a case of getting the exposure - as getting known is the biggest challenge. I can remember taking a mixed box of product to the chefs, to play around with and their eyes light up and their imagination and artistry come out." 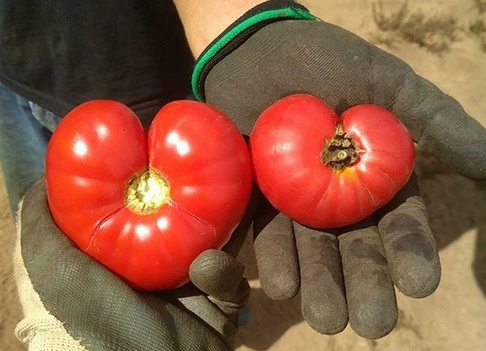 One of the main drivers of the heirloom vegetables, according to Mr Scoones, is the taste. His range of tomatoes has won awards, as the flavours make people "sit up and take notice".

"Chefs want flavour," Mr Scoones said. "I remember going to a Fremantle restaurant, who we supply to, with my wife for our wedding anniversary. The chef came over when he had a chance and told us that he doesn't really have to do much with our tomatoes. That's the message I am trying to send, you don't have to muck around with my tomatoes, because some good flavours are already in them. That's a huge compliment from a top chef because that's how I want to be known; you don't have to embellish my produce, it stands for itself - both visually and taste-wise." 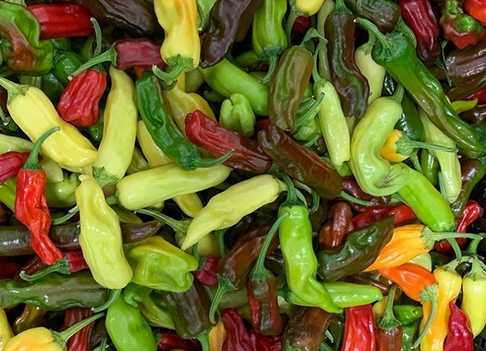 As Warren Grange's produce gains popularity among the foodservice industry, it is also gaining sales in the domestic market. At the peak of the season, Mr Scoones travels to Perth to attend a Farmers' Market every weekend, but when the COVID-19 restrictions stopped his journey to the markets and also closed many of his restaurant customers, he started advertising mixed vegetable boxes online. 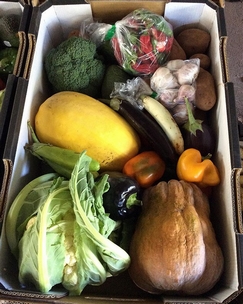 While he admits it costs a little extra to supply due to the packaging and labour, it was a worthwhile avenue of sales, in terms of both income and advertising for the business. Many customers have expressed an interest in buying mixed boxes from him again, with the total number of new customers this year surpassing 230, in the final months of his season alone.

"Within a week, I took 800 kilograms of produce to Perth and distributed them to domestic customers," Mr Scoones said. "That worked quite well. So, it was a silver lining to the coronavirus. Even though it cost a lot of money, it allowed me to identify another marketing arm. Between the Farmers' Markets and the mixed vegetable boxes, I have quite a few domestic customers now. I was selling and delivering between 40-70 boxes a weekend during coronavirus until I started to run short, because I didn't plan for such high-demand on some of the lines like aubergines and capsicums. I actually had to buy some produce locally from other farmers to put some variety in my boxes, because people just don't want eight kilograms of pumpkins and squashes." 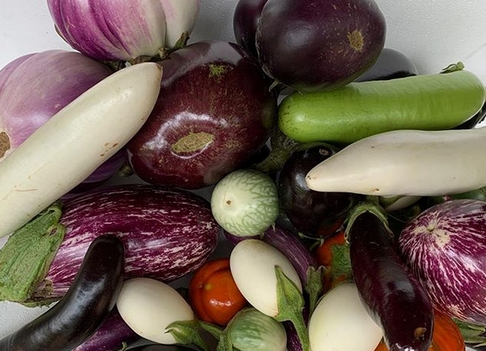 The company took out a gold medal in the prestigious Harvey Norman Delicious Produce Awards 2020 in the State category. But Mr Scoones had to make the tough decision not to submit an entry in the National category, due to the timing of tomato season not matching with the awards' judging process.

"I consider it an honour and a compliment that my produce gets nominated by some very fine chefs," he said. "It’s good for profile, and it is an endorsement of the product really. It is all well and good to be a legend in my own lunchbox - I think my tomatoes are fantastic - but to have some of these highly-qualified and amazing chefs to nominate me is an honour. Unfortunately, the finals of the National competition are in May, and my tomatoes, which are my feature product are field grown - and you don't get tomatoes in the field this far south at that time of year. Although I had a few tomatoes on my plants, which looked nice, I tasted them and none of them had any sweetness, so I respectfully told the organisers it wasn't worth the risk to my reputation to send something that wasn't pleasing. Maybe they could look at multiple tastings (in future), for example, tasting summer produce at one time and autumn-winter produce at another. But that's the competition. My challenge is to come up with something that's nice and tasty, and available in May, and I already have ideas in the pipeline including value-add products."

Among the pumpkins and squashes is a mix of Japanese and small pumpkins, which even have their trademarked category title of Funky Pumpkins™. A key selling point is that every pumpkin looks, tastes and feels different, with lots of imaginative ways of preparing them. 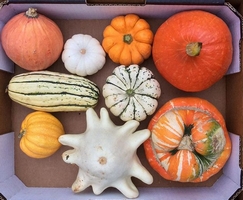 Mr Scoones is not the only heirloom vegetable grower in Australia, but it is his range of varieties that set him apart. He adds that Warren Grange does not grow mass-produced commodity fruit and vegetables, allowing him to focus on taste and quality.

"My customers at the Farmers' Market always remark that I have weird looking pumpkins or wonder what to do with it, and I have this tongue in cheek saying; life is too short to eat bland tomatoes and butternut pumpkins," he said. "When you've got these lovely flavours and beautifully presenting varieties people's eyes light up and there is so much pleasure for me when people, including chefs, come back and tell me the delight they got from eating fruit that I care enough about to maximise the flavour."