"The spring onion campaign in the Nocerino-Sarnese area (Campania) is in full swing and the produce will be available all over Europe starting from late September. This year, there is an abundance of grades suitable for Eastern European countries as well as for Germany and Denmark," reports Gennaro Napolitano, sales manager and administrator of the Poggiomarino (NA) facility of F.lli Napolitano. 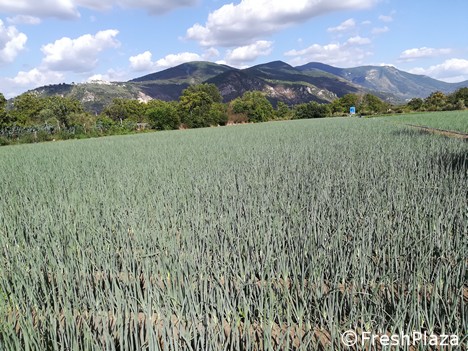 This campaign, F.lli Napolitano is expecting to process around 2500 tons from 100 hectares. 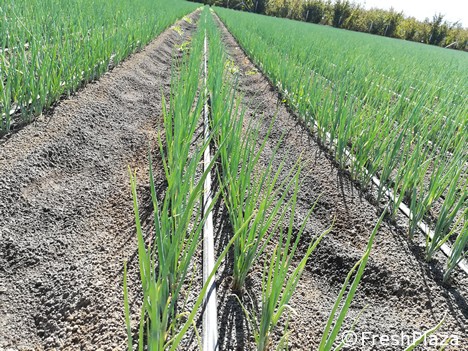 "Eastern European countries, Denmark and Germany prefer thinner grades as they eat the green part, while Switzerland and Austria prefer thicker ones, like Italy. Between February and May, we will process bulb spring onions for Sweden, Denmark and France. Quotations are interesting all year round, but they are particularly good in winter." 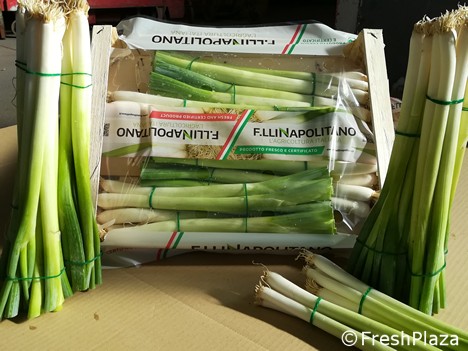 "Thinner varieties are more resistant to pathogens, so they undergo fewer treatments. Because of this perception of them being 'untreated', they are more in demand for exports," explains Fabio Luongo (in the photo below), agronomist for F.lli Napolitano. 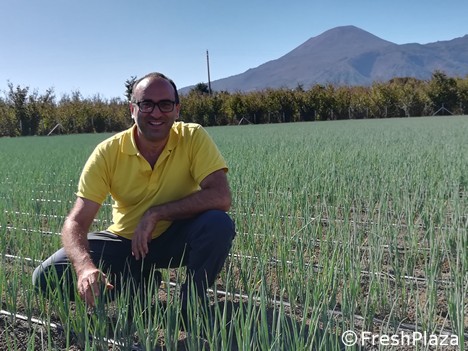 The production of spring onions is linked with an ancient local tradition: sowing is still carried out as it used to be in the month of  June, then plants are thinned so they can grow and develop. Of course nurseries also sow for transplants between July and late winter, thus covering the whole year. Local native seeds are still used. 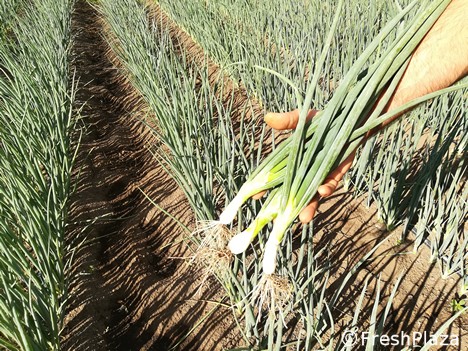 "Our points of strength are the sowing, performed exclusively by hand by skilled workers, and the unique flavor of our spring onions conveyed by the volcanic soil." 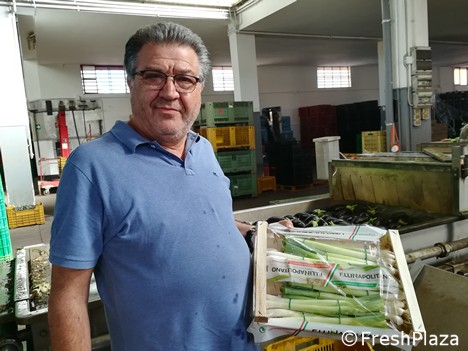 Giuseppe Napolitano (in the photo), owner of the Poggiomarino (NA) facility, reports that "we have been producing spring onions for the past fifty years. In addition to being winter's white gold, spring onions have played a considerable role in the socio-economic development of the entire Nocerino-Sarnese area, so much so that they still constitute the livelihood for many families. Destination markets have remained rather unvaried over time, but consumption has increased, so much so that crops have expanded. In the future, we are looking to expand our crops further, aiming at the zero residue goal."