Sulfur compounds as indicators of off-odour formation in packaged rocket

Italian scientists at Research Centre for Food and Nutrition of Rome have developed a non-destructive method for the off-odour characteristic of packaged rocket.

A non-destructive analytical method based on HeadSpace-Solid Phase MicroExtraction/GC-Olfactometry-MS (HS-SPME/GC-O-MS) was applied, along with sensory olfactory evaluation, to ten commercial products, close to the expiration date, to identify the volatiles responsible for the off-odour perception upon the opening of the bag. 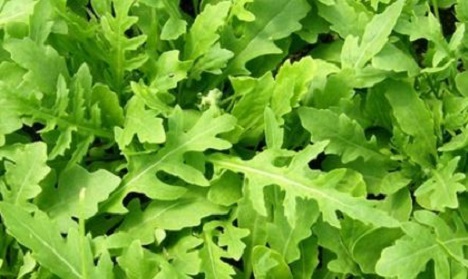 "Twenty-nine volatiles were detected by GC-MS within the packages, whereas only eleven odour-active regions were detected by GC-O in at least three of the commercial products. Methanethiol, dimethyl sulfide and dimethyl disulfide were identified as major odour-active compound associated to off-odour notes, such as rotten leaves and faeces. Also acetic acid and 2,4-dithiapentane were tentatively identified among major off-odorants. Four unidentified solvent-smelling compounds were detected in most of the analysed products, but their role in off-odour perception remained to be elucidated - the scientists explain - Among the different classes of volatiles detected in the headspace of packaged rocket, only sulfur compounds appeared to be related to off-odour perception and thus may be considered the best candidates as indicators of off-odour formation".