At the end of a week of stoppages, the Chilean truckers' strike is of even greater concern to the productive sector, especially food supply chains, due to the absolute lack of any prospect for an agreement or even a definition of the problem. Ronald Bown, president of the Chilean Fruit Exporters Association (ASOEX), said that the sector is “concerned because there is still no solution”.

“Regardless of the reasons that led carriers to call for this strike, we are concerned that a solution has not yet been found. Blocking access to ports may continue to cause problems for our fruit exports, as there are ships that are due to set sail this week,” said Bown.

The leader of the fruit exporters' association said he hoped that “the necessary agreements will be reached in a short time so that work is resumed as normal to meet the national and international food supply. Failure to fulfill commitments abroad can further affect the country's economy, exporters, producers, workers, and our countrymen in general”. 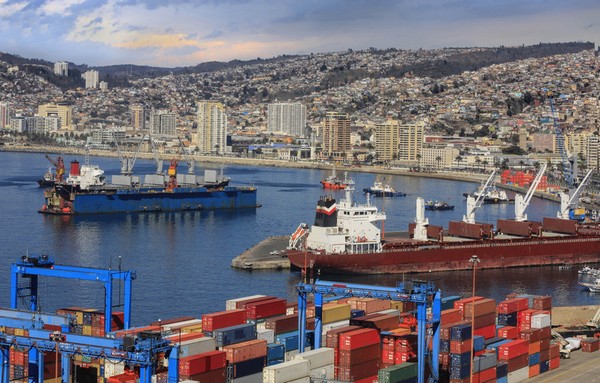 Shortages worry government and retailers
There are already clear signs of food and fuel shortages in various parts of Chile, a fact that is already admitted by the government authorities themselves and by the Supermarket Association. The Chilean Ministry of Agriculture announced that "at the ports of Valparaíso and San Antonio it was not possible to unload" products.

The Supermarket Association warned that “the situation has started to become critical” in some regions of the country, especially between Valparaíso and Los Lagos, “and there are communes where there is already a lack of perishable products, such as fruits, vegetables and dairy products. The supermarket chains that are part of the association report a total of more than 180 trucks stopped on the roads in the last few hours, which is translating into a lack of stock in some stores in the south of the country,” revealed the Association.

“We are concerned that, if a quick solution is not reached, this situation could spread to much of the country. Besides, a potential loss of food is beginning to be perceived, which is very unfortunate in the context of scarcity such as the country is experiencing,” add retailers.

The Federation of Southern Truck Owners (Fedesur) and the National Confederation of Cargo Transport (CNTC) decided last week to launch a national strike and several roadblocks for an indefinite time. The objectives of the union leaders are to pressure the Chilean government for more protection in the face of violent attacks and looting of truck drivers on the roads.

Workers resumed duties on Wednesday
Since then, around 1500 Chilean port workers returned to work on Wednesday. Puerto Central manager Rodrigo Olea stated the company pledged to create a working group prior to the end of February with the aim of “discussing and proposing improvements and modalities of operation with full-time employees and temporary workers”, provided the strikers resumed their duties some time on Wednesday.