According to the USDA Citrus Fruits 2020 summary, the US citrus utilized production for the 2019-20 season totaled 7.78 million tons, down 4 percent from the 2018-19 season. California accounted for 54 percent of total United States citrus production; Florida totaled 42 percent, and Texas and Arizona produced the remaining 4 percent. 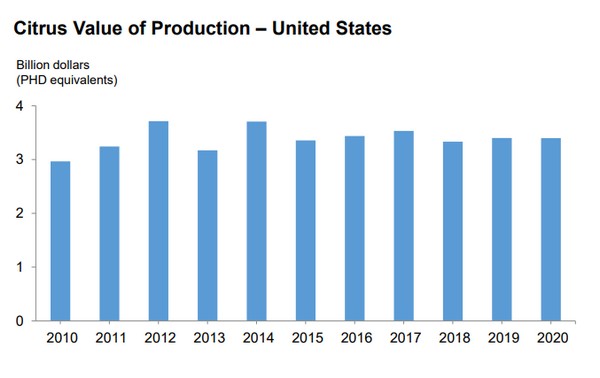 Grapefruit utilization in Florida, at 4.85 million boxes, is up 8 percent from last season's utilization. Florida's total citrus utilization was down 5 percent from the previous season. Bearing citrus acreage, at 380,500 acres, is 6,600 acres below the 2018-19 season.