The German bean campaign is currently in full swing. Every week, tons of domestic beans are brought onto the market. But the current heat wave has also been causing problems for bean producers, says Michael Schmidt, owner of the vegetable farm of the same name in Lampertheim. 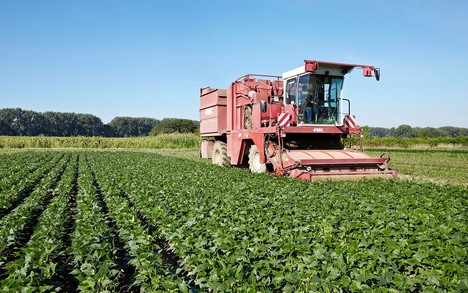 This year's Corona crisis has also affected the bean sector, but currently the persistently high temperatures and lack of rainfall are still a major problem for domestic producers. "The continuous heat of the last few weeks has had a huge impact on the plants. So we will probably have to expect fewer beans from regional cultivation next week. But we are still assuming an average yield for all varieties this year," says Schmidt, who mainly cultivates bush beans.

On the premises of the Schmidt vegetable farm, the bush beans are packed loose in crates and for retail they go at 500g per bag or net.

Prices slightly below previous year's level
The first beans from our own production were harvested at the end of June, and if the weather permits, the last batches will reach the market by mid October. In terms of prices, it has been a mixed season so far. Schmidt: "At the beginning of the season we achieved quite good prices, but in the last few weeks the prices have been trending downwards. Overall, I believe that we are just below the previous year's levels." 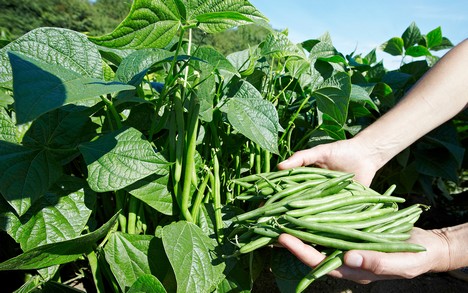 Market share reaches its limits
During the domestic season the pulses are probably well received by consumers. However, the market share seems to stagnate somewhat, observes Schmidt. "Beans are a rather intensive product in the kitchen, because they have to be cleaned and cooked. Therefore I do not expect to see a rising trend in the next few years."