Llombart trading and trust company on the development of the citrus market:

"In terms of variety development and quality, Spain is very well positioned"

It has been an exciting year for Spanish citrus fruits so far: the capricious weather in Spain kept the harvest small and hoarding at the beginning of the year ensured an early end to the season. This was also noticeable at Llombart Handels- und Treuhandgesellschaft, based in Lahr/Black Forest. All in all, it was a turbulent year, not only for Spain, because the current overseas season also brings with it some challenges with the export stop from Argentina.

"We aim to supply the German market with juice oranges all year round and are pleased that we were able to make the transition to the overseas season despite the shortfalls in quantities in Spain and the sometimes abstruse demand at the beginning of the pandemic," the company stated. "Now the next hurdle we face is the export ban on the Argentinean product. The total supply from overseas clearly lacks volume for the European market. Importers, who had previously purchased mainly from Argentina, now have to resort to South African goods, which are correspondingly scarce and expensive." 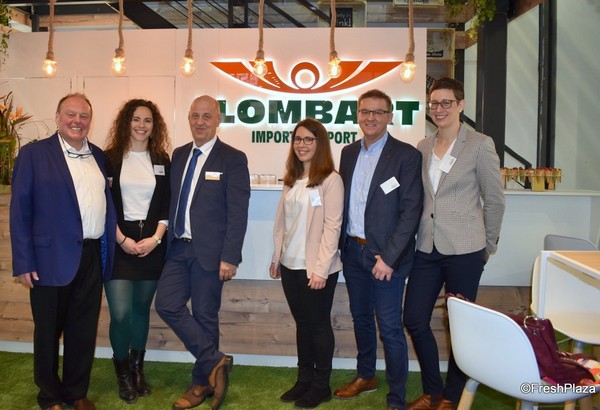 Part of the team at the Llombart stand at Fruit Logistica 2020.

This, of course, is noticeable in the overall situation in terms of supply and demand. "The demand for South African goods - especially oranges - is very high and the prices are correspondingly high. In view of the effects of the Spanish season, an attempt will certainly be made to start as early as possible with Spanish goods."

Easy-Peeler: a consumer favorite
"Spain is contributing to the development of Easy-Peelers, especially with the new plantations of Nadorcott, Tango, Orri and Leandri, which have increased from 0 to about 350,000 tons of production over the last 15 years." However, all these varieties are not of Spanish origin, but come from Morocco, California, Israel and South Africa.

Although there is also own research, no breakthrough has been achieved so far: "The local research areas on the IVIA site (Moncada), have provided good rootstocks in recent years, but we have not had any luck with native varieties. Researchers are working especially on finding a Clemenules for February and March, but are unsuccessful at the moment."

"Curiosities for the normal consumer"
In addition to the classics among citrus fruits, there are of course some exotics that are also grown or at least tested in Spain: "Limes are limited to the summer months, as they turn yellow with falling temperatures and this is not desired by the end consumer. Other exotic varieties have also been neglected to date: "Although new varieties are being worked on and researched, such as caviar limes or pink limes, but only in very small quantities and these are currently only relevant for the catering trade at most. For the normal end consumer, however, they should be regarded as a curiosity". It remains to be seen whether this could also become generally accepted in the retail trade in the future. 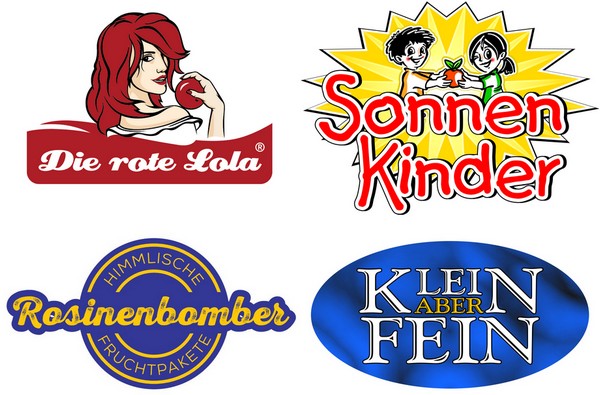 Some of the brands of the Llombart company.

Spain retains pioneering position in the market
In terms of price, there is competition on the market both inside and outside Europe, but thanks to good organization, one does not expect Spain to give up its leading position on the market: "In terms of price, Italy, but also Greece and Turkey are Spain's competitors. Argentina and South Africa only cover the summer season when we have no Spanish goods available. Moreover, overseas goods are in a higher price segment than European goods. "As far as variety development and quality are concerned, Spain is very well positioned."