Belarus is experiencing an internal political crisis. President Lukashenko's brutal violence against his own people and the clearly falsified ballot box prompted the European Union to announce sanctions. However, the sanctions are causing concern among Flemish pear growers. They fear a new boycott, on top of the import ban that Russia introduced in 2014 on fruit and vegetables from Europe. For the Flemish pear growers, this meant that their most important sales market disappeared overnight. 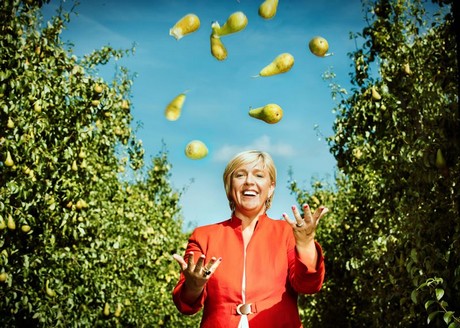 According to Member of the European Parliament, Hilde Vautmans, a boycott is unlikely for the time being. “The situation in Belarus cannot be compared with the situation in Ukraine. The revolts in Belarus are not aimed for or against Russia, nor are they aimed for or against the EU. As the Belarusian opposition candidate recently emphasised in her speech to members of the European Parliament's Foreign Affairs Committee, this is not a geopolitical revolution. The Belarusian people only want democratic change at home after living under the Lukashenko dictatorship for 26 years. They want fair and free elections. They want out of the economic malaise and a president who is serious about the corona outbreak. This is a peaceful, democratic revolution. ”

Still, Hilde has already received a number of messages and phone calls from fruit growers who fear a second boycott. “This is also understandable. The Russia boycott is still causing so many problems for our Haspengouw growers to this day. Due to the sanctions, they lost their largest market and became victims of a political conflict with which they had nothing to do. In response, the Haspengouw growers set up an action committee: "Politicians, give us back Russia". Now, Belgian growers also export to Belarus and so they want to avoid a second, similar, scenario of "politicians, give us back Belarus", at all costs."

“Ten years ago, Belarus was a smaller buyer of Belgian pears, certainly compared to its big brother Russia,” says Hilde. “But we can say that the export of pears to Belarus was growing strongly during the years prior to the Russia boycott: where Belgium exported 1122 tonnes to Belarus in 2010, this had already increased to no less than 11,161 tonnes. The Russian boycott also caused a sharp drop in export figures here, but the figures are still higher than 10 years ago. ”

“I certainly understand the concern of the fruit growers, also because the situation in Belarus could further exacerbate the tensions between Russia and the EU. This is not a geopolitical conflict for the time being, but what if the situation in Belarus does not change and Lukashenko - over whom Russia has some influence - refuses to leave? And what about all the misinformation that is being spread around this conflict? Unintentional and unwanted misunderstandings can occur relatively quickly, and are best avoided. This really should not become an EU-Russia conflict, because then any grasp - however slim this was - on a possible lifting of the boycott will immediately disappear,” said the MEP.

“As far as I'm concerned, we should therefore keep talking to Russia. It will be the Belarus people who determine the future of their country, let that be clear. But that should not prevent us from continuing to speak with Russia, for example in the context of the mediation task of the Organisation for Security and Co-operation in Europe (OSCE). After all, Russia is also not keen on Lukashenko sitting down. The EU could contribute to an inclusive dialogue in Belarus together with Russia, in the framework of the OSCE,” concludes Vautmans.