'The next victim of the changing climate'

A recurring topic in the newsflashes on Agroberichtenbuitenland.nl this spring has been the reporting of various types of climate-induced damages – and for good reason too. The changing climate of the region is now causing long-term shifts in environmental conditions for agriculture. According to a recent report by the Research Institute of Agricultural Economics, raspberry production in Hungary has shrunk to a fraction of its volume over the past two decades. While in 2000, raspberry was cultivated over 1.5 thousand hectares in the country, today it only accounts for 160 hectares of horticultural land.

The trend has reached the point where the net export balance of raspberries has sunk into negative figures in 2019. The net import increased by 31% to 458 tons. Export increased too – It is orders of magnitude lower however, at 2.5 tons in 2019. The largest raspberry producer today in Europe remains Serbia, however, this year’s harvest in Hungary’s southern neighbor has been devastated by catastrophic hailstorms and flash floods. (More on that here) 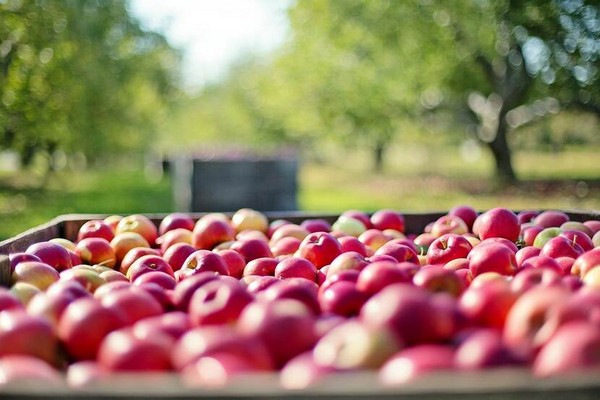 Meanwhile, the devastating after effects of the spring weather extremities are now unfolding in the rest of the fruit sector. The sour cherry season started with a €0.79 per kilogram price in July, but despite the low volume of the harvest (50-55 thousand tons), the price only dropped since then due to low quality, sinking to as low as €0.51/kg. The apricot harvest was almost destroyed in the spring – The 6-8 thousand-ton-yield is merely one quarter of the mean annual figure, one fifth of that in good years and the price is almost double the average (€4.21) despite the low quality.

Apple cultivation also saw a weak season, for the second time in a row. While this trend is true for all EU countries, Hungarian yields were even worse, at around 50-100 thousand tons less than last year’s already low 400 thousand tons. Storages are almost empty at this point, as the shopping spree during the quarantine further depleted them in the spring.