The pomegranate harvest has already started in Elche, a town in the province of Alicante that is the most important producing area in Spain. The demand is high at the moment, given that the campaign in the southern hemisphere finished earlier and that the fruit from Mediterranean countries is arriving a bit late and in smaller volumes. 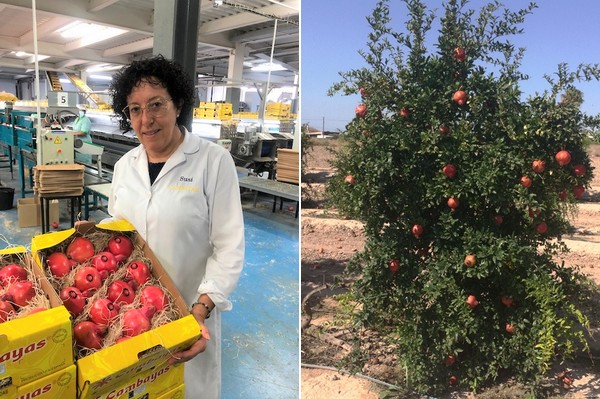 "At the moment, we are harvesting the earliest varieties with the reddest internal and external color, such as the Tastem and the Acco," says Susi Bonet, from the commercial department of the Cambayas cooperative. “This is the first year that we have a significant production of Tastem pomegranates, with around 200,000 kilos. In the coming years, this figure will continue to increase. It is a variety developed in our test fields and produced exclusively by our partners. In terms of organoleptic qualities, it is similar to the Acco, but with a larger caliber. And it is usually difficult to find early varieties with a large enough size.”

As of September 7, Cambayas hopes to continue the harvest with the Valenciana variety and to start in October with its flagship variety: the Mollar de Elche, which has a PDO. For both varieties, with paler skin but a sweet taste, they expect the production to fall by 30% compared to last year.

“The high temperatures are delaying the fruit's ripening, especially when it comes to the color of the skin. Moreover, part of the fruit is sunburned. This, together with the lower yields (due to the loss of about 30 hectares because of the retirement of some producers who haven't been replaced), will result in the supply of Mollar pomegranates being reduced by around 30%," says Susi Bonet. 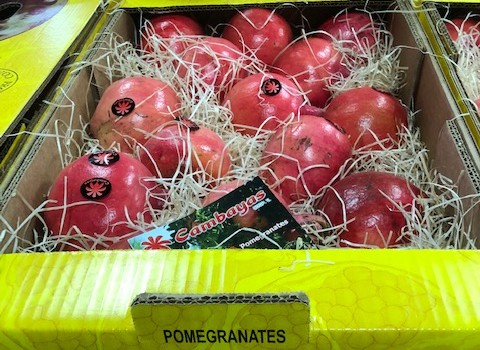 The market doesn't yet have large quantities of pomegranates, given the early end of the overseas season and the delay in the harvests in the Mediterranean arc. “This year, we don't expect there to be a large supply of pomegranates, so we believe that prices will remain stable. At the moment, the prices paid for some products are higher than last year's. We hope that these will compensate for the lower production and the increase in costs that the health crisis is causing,” she says.

For the past two seasons, the Alicante-based cooperative has also been offering organic pomegranates, which are mostly shipped to Germany and France.