Continuing its journey toward its vision of Plants Powering People™, Bolthouse Farms introduced two new plant-powered innovations that deliver function, taste and value to those looking for more options: plant-based Bolthouse Farms Protein Keto™ beverages and plant-based Refrigerated Dressings. Since being acquired just over a year ago, the new Bolthouse Farms has been dedicated to creating a more plant-based food economy that is accessible, delicious and satisfying for consumers. These new products are the beginning of realizing this goal. 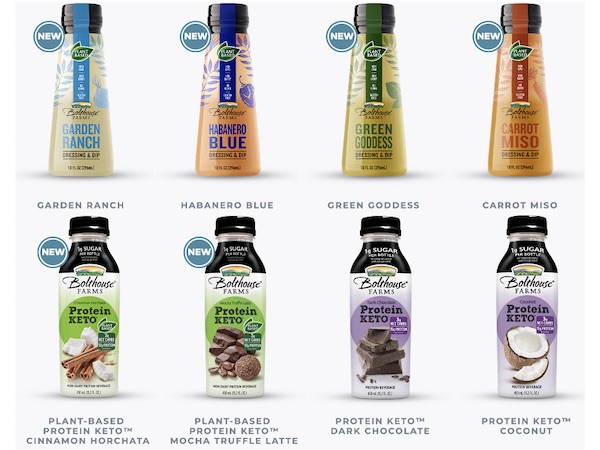 “The new Bolthouse Farms was born out of a vision and passion for guiding a new way for people to eat and live healthier lifestyles,” said Bolthouse Farms CEO Jeff Dunn. “We are constantly looking for ways to innovate and bring plant-based products to the marketplace that not only taste great but also deliver on functionality and great value. These new lines are just the beginning of a range of innovations to come.”

“As Bolthouse Farms continues to innovate healthier and more functional beverages, we saw an opportunity to provide consumers with a great-tasting, plant-based protein beverage option for those following Keto or those looking for lower-sugar and plant-based choices,” said Bolthouse Farms Vice President of Marketing, AJ Bernstein.

Furthering the company’s vision of Plants Powering People™, these two plant-based product line-ups are the first in a larger suite of innovations to be announced in coming months, including products which support a healthier lifestyle, with great taste, to meet consumers rapidly changing needs.