"Spanish potato prices remain very different to what had been predicted"

The Spanish potato market has been reactivated in summer with the campaign in the region of Castile-Leon, the country's main producing region, where the harvest is in full swing. Despite the current difficult situation, marked by the reduction in sales in the hospitality channel due to the spread of the coronavirus, the prices of washed potatoes remain at an acceptable level, exceeding the sector's expectations. Consequently, other regions that will also start their harvests soon have good prospects. 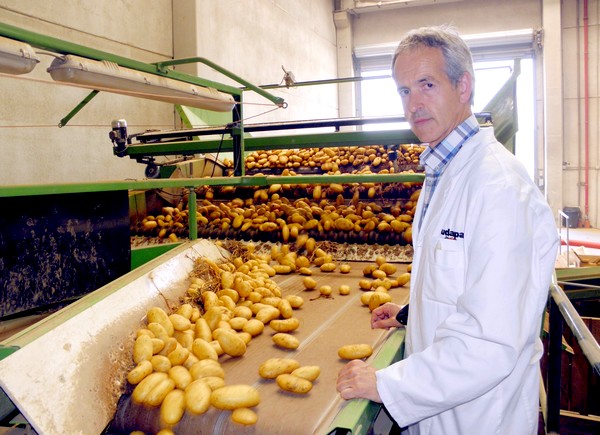 "Spring in Castile-Leon was very challenging and there was a lot of rain, so the sowing happened very gradually," says Alfonso Sáenz de Cámara Barrón, manager of the Udapa cooperative from Alava, president of the CIPP (Club Ibérico de Profesionales de la Patata) and President of the Fepex Potato Committee. "This means that the product is also arriving in a staggered manner, allowing for a more organized supply and stable prices, contrary to the forecast we had."

The cooperative is starting with the harvest this week in the province of Alava, where a good production is expected, both in terms of quality and volume, according to Sáenz. These potatoes are mainly intended for the domestic market. “As for sales, everything is obviously affected by the COVID situation. In the summer, the sales volume has not been adequate; after all, many tourists have failed to come this year, so many tons of potatoes have not been sold,” he says. However, the loss of hospitality sales has also been partially offset by higher household consumption. "The situation is tough, but in one way or another, things are going relatively well." 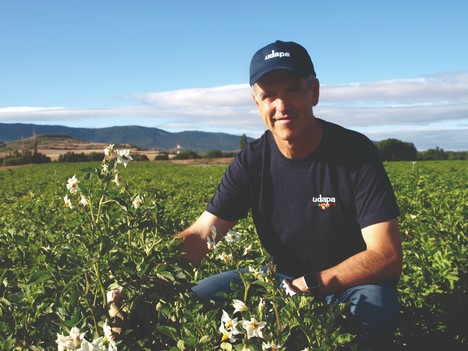 The retail: the objective for the potatoes intended for the hospitality industry
Despite the optimism generated by the prices of quality washed potatoes for supermarkets, which remain at profitable levels for the producer, the large-sized potatoes that usually end up in the hospitality sector are dealing with falling prices, given the reduction of the horeca sector's activity.

“The low prices paid for the large sizes are not likely to cause a reduction of the prices paid for the quality product, but they won't be doing them any good either. What will happen, given the difficulty to sell large-sized potatoes, is that growers will try to obtain smaller sizes to be able to sell them to retailers,” says Sáenz. "And that greater supply is going to have an indirect impact," he says.

“It is also worth noting that France is already starting to produce potatoes. It is still focused on meeting its domestic demand, but they are already starting to ship to Spain. Normally, they sell more from November, when there are no potatoes left in the fields here,” says Sáenz.