“I want to put Belgian grapes back on the European map"

Belgian grape cultivation isn't what it used to be. Very few growers remain, and this group shrinks every year. That's because they have no successors. But Brecht Fluyt wants to ensure that grape farming doesn't die out in Belgium. He wants to construct a 1 ha greenhouse - the largest grape greenhouse in the country.

"Belgian grapes have always been a luxury item," Brecht explains. "They used to be very popular in Europe. Sadly, for various reasons, its cultivation has virtually disappeared. These grapes are now mostly sold locally. I want this new greenhouse to breathe new life into the market. I intend to tap into new markets too." 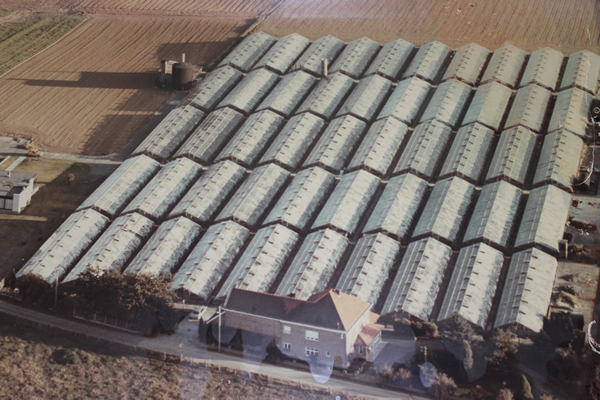 "I come from a long line of farmers. My grandparents cultivated grapes, and my father grew up in the vineyards. I started breeding horses when I was done with school. We had a stud farm but also grew different vegetables. These included string beans, tomatoes, lettuce, bell peppers, and aubergines. We grow the fruit-vegetables outdoors and supply places like Cru, Colruyt's fresh produce market. We sell most of the sting beans at auction."

Luxury product
Brecht wants to market his grapes as a niche product. It should be featured among pralines and other luxury items. "In the 20s and 30s, Belgian grapes were hot in Europe. Even people in Russia and Scandinavia ate them. I want to market our grapes like that again," he says.

"We are going to cultivate the Leopold III variety. This variety's globes are as big as small ping-pong balls. They're tasty and, since they're very fleshy, seem to have very hardly any pips. They yield about 30 tons a year. That's very little, but we aim to set the price. We're going to sell these grapes to wholesalers and retailers ourselves." 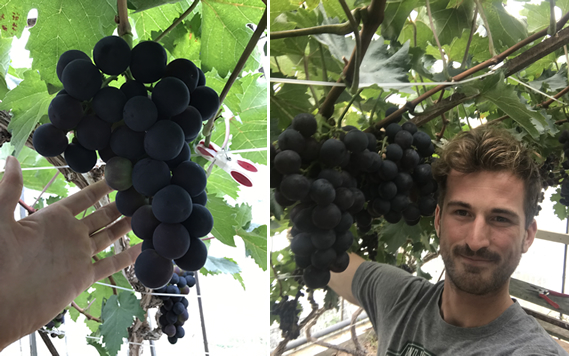 Organic
"The Leopold III is an older variety, but it's still very popular among growers and consumers. This grape is a result of a spontaneous mutation that occurred during the last century. Nowadays, there's very little investment in developing new varieties. Yields are simply too low," continues Brecht. "The trees also last a very low long, making the search slow-going. But the best varieties are those that originated from natural mutations, like the Leopold III and Royal. Our grapes are going to be entirely organically certified. There's only one pesticide available in conventional cultivation."

Combined heat and power
Brecht is going to use a combined heat and electricity system to heat the new greenhouse. "Many grape growers still use heating oil or even coal. Some have switched to wood. Gas is the cleanest and most sustainable way. The flue gases will be cleaned. We'll also be able to make the further switch to green electricity. That will be through decentralized and grid-supported electricity production. In Italy, when horticulturists or greenhouses kept their grapes warm, it has an obvious effect. The grapes tasted better and were of better quality. So, they can keep going." 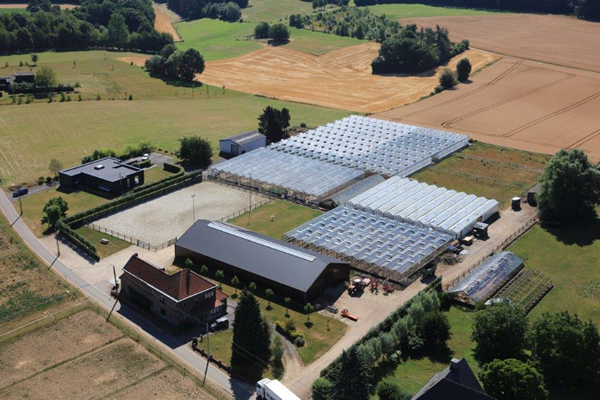 The company, as it looks now.

Fluyt is going to fertilize his grapes with manure from the family stud farm. "It's vital to use a good fertilizer to keep the grapes trees healthy. Grape plants are very sensitive. Using substandard fertilizer is one of the reasons grape cultivation decreased so dramatically. We're going to make our own fertilizer, so we'll have more control over the chain." Brecht has already applied for permission to start building. He hopes to begin at the end of the year. "It will be a while before we can harvest our first grapes. But we're already looking forward to it," he concludes.