Last year Piet van Vugt moved his herbs to the new location in Ridderkerk, the Netherlands. At that time, the newly built, gas-free, one-hectare greenhouse, and 0.6-hectare piece of adjacent land were still empty. A year later, when we visited Piet again, the greenhouse was mostly empty again. 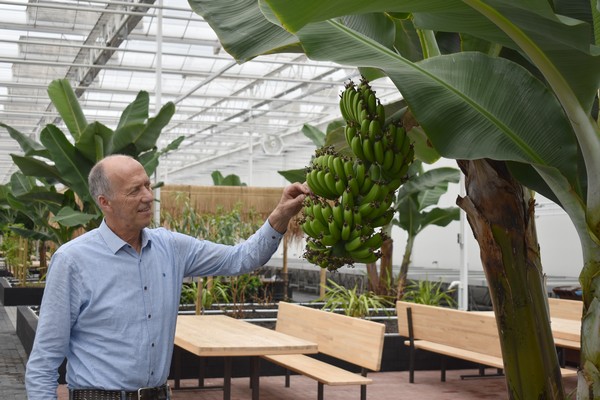 Edible flower sales came to a complete halt due to the closure of the Dutch hospitality industry in mid-March. “So, we cleaned the greenhouse and carefully set up new crops. These sales are only now starting to pick up again,” says Piet.

“We grow only edible flowers, unusual herbs, and seasonal products at this new location. The bulk of our wares, so to speak, comes from other locations like our growing farm in Brielle. It’s high season there now.”

Seasonal products
Van Vugt Kruiden's range of edible flowers has grown over the years to about 15 different varieties. These are mainly intended for the hospitality industry but, at Christmas, you can also find them in supermarkets. “In the assortment, the pansies continue to be popular,” says Piet.

The beginning of July finds some flowers and seasonal herbs in the company's demo-greenhouse. They’re neatly lined up, one row above the other. “You could call it a form of vertical farming. That’s definitely something we’re considering. And when the time is right, we’ll invest in it. We built the greenhouse for this type of cultivation. But, it’s currently not a sure thing yet.”

The demo-greenhouse doesn’t house only the experimental table. The banana trees, placed here and there, also catch the eye. “I brought a cutting back from Ethiopia once," explains Van Vugt. "These trees used to grow at our old site. They grow fast here; you can already see occasional new trees breaking through the soil. We distribute the bananas the trees bear among our staff.” 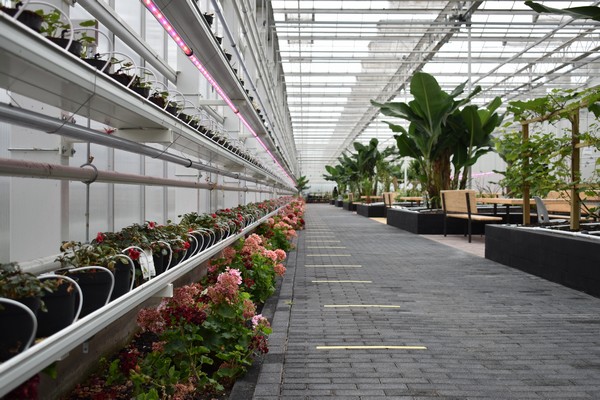 Difficult to predict
Piet could usually estimate where there would be a high demand. He then knew, a week in advance, what to harvest. Piet used the weather forecast and historical data for this. But, then the coronavirus pandemic hit. That brought strange times, and a market that was extremely difficult to predict, along with it. “In March, we simply threw our specialty herbs in the garden refuse."

"They did not sell at all, and there weren’t enough alternative channels to sell it all. The extra herbs supermarkets were selling partially compensated for classic herbs sales. We were at the beginning of the Dutch season around that time. As a result, we were able to switch crops quicker,” continues Piet.

“Sales of these specialty products picked up a little at the beginning of July. They’re slowly recovering. But when restaurants and beach tents need mint, they still reach for the usual Moroccan mint. That, even though there are about 15 different kinds. These are all great products with superb flavors. In the meantime, we just keep planting the herbs. I’d rather have a little too, than not be able to deliver them later.”

Forecasting is an art. But, Piet could indeed predict some products’ behavior. Thai basil has become a popular product. “As with all niche products, this was a matter of patience. With Thai basil, however, our persistence paid off," Van Vugt says. "In the beginning, we sold a kg a week. We threw a lot away. But, now, the quantities have increased considerably.”

There are now pots of Thai and red basil, placed under LED lights, at Van Vugt Kruiden's greenhouse entrance. “We sowed them last week, and they’re now starting to grow. That will be nice for the people who come to visit the demo greenhouse.” At the time, Piet hadn’t been able to receive visitors for more than three months. That was because of the lockdown in the Netherlands.

The demo greenhouse may be quiet, but the space adjacent is buzzing with people. They’re sorting and packing herbs by hand. Piet is strict when it comes to his workers keeping their distance from each other. “We follow the Dutch Health Department’s rules closely," he says.

"We continuously check that this is being done. The company has walking routes, and the necessary measures have been taken. Workers are important when it comes to sorting and packaging the herbs. They work exclusively with class 1 herbs. That’s what we’re known for as a grower.”

The work has not yet been automated. “Placing the products in the bags is still done manually. But, we do have several flow packers and top seal machines in the warehouse. These finish off the packaging. There’s also a packaging line for baby leaf lettuce,” Piet adds. 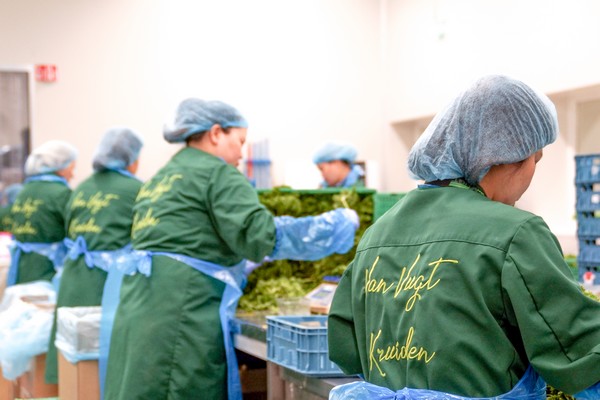 A move to Europe
At our last visit, Piet said he wanted to cultivate the whole range of herbs. He wants to do this in European soil outside of the Dutch season. Van Vugt Kruiden has chosen to do so because it’s in line with sustainability. The company’s most significant client base also expressed a desire for home-grown products.

This base consists of retailers, wholesalers, and the hospitality industry. To make this ‘relocation’ possible, basil winter cultivation is currently being scaled up. Growing basil in the winter is one of the most difficult crops in the herb segment. This is being done in southern Europe. “The climate there, especially in winter, is very suitable for growing herbs," says Van Vugt.

"However, up until five years ago, there were hardly any herb growers in southern Europe. The farmers who were there produced a completely different product from the one we work with here. The product cultivated by southern European herb growers is now often still sold at wholesale markets. They’re often large, with longer stems.

We grow a considerably smaller product with shorter stems," explains Piet. "But with the correct agreements with the farmers there, they can also grow according to our specifications. They can, therefore, harvest smaller herbs of about 16 to 20cm.” 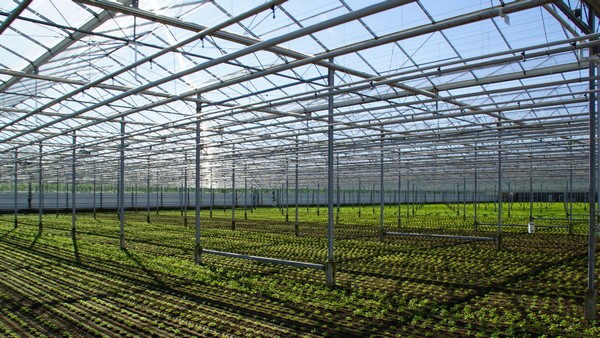 Certification also plays an increasingly important role in herb farming. Nowadays, a PlanetProof certificate is needed more and more often to be able to supply herbs to the retail sector. “In the Netherlands, all growers who supply us are PlanetProof-certified. We’ve now achieved the same with our Southern European growers too,” concludes Piet.