The cooperative Origine Cévennes approaches the season with optimism

Very nice 2020 harvest for the sweet onion of the Cévennes

The 2020 harvest of the sweet onion of the Cévennes is in full swing and the first sales of PDO products mark the beginning of a season that looks promising. The quality of the onions is very good. The cooperative Origine Cévennes predict a progression of the volumes and approaches this new marketing campaign with optimism and a new management team.

The sweet onion of the Cévennes is back on the market. The first sales of this season for the PDO products (Protected Designation of Origin) started on Monday, the 17th of August, on roughly the same date as last year. Planting took place a little early thanks to the very nice weather conditions in April and despite the lockdown which actually did not impact the transplanting work. The crops returned to their normal calendar after the bad weather in June. The heavy rains caused gullies in some plots and very localized losses but did not impact the production potential at the national level. They only delayed the growth of the bulbs. On the other hand, this rainy episode helped replenish the water reserves and ensure the irrigation needs of the crops without any problem.

The harvest started in early August and should continue until the beginning of September. Traditionally harvested by local workers, often by students who are easy to mobilize in August, the sweet onion of the Cévennes is generally quite spared by the consequences of Covid-19. Only the respect of barrier measures slightly modified the organization of work to which producers had to adapt quickly. 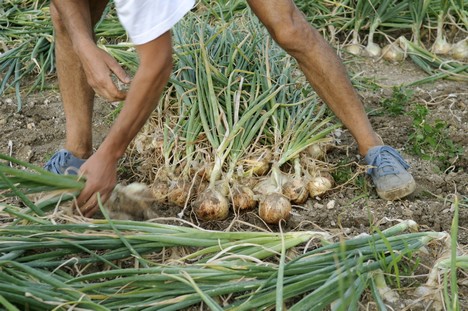 Sales predictions should be around 2,500 tons
This year, the sanitary quality of the harvest is particularly good and suggests ideal storage conditions throughout the marketing campaign, until March. Therefore, sales predictions should be slightly higher than in previous years, namely around 2,500 tons, compared to 2,200 tons in 2019 and 2,100 tons in 2018.

The calibers are rather heterogeneous, with a good proportion of calibers 7/8 to satisfy the heart of the market, and also smaller onions better adapted to packaging in nets or trays.

A new managing team
The cooperative Origine Cévennes approaches this new marketing season with optimism and with a new managing team. The renewal of the board of directors led to the election of Gaëtan Reilhan as president. This young producer based since 2014 in the town of Mandagout has been involved with the cooperative for several years already. The management position has been given to Thomas Vidal who, after 12 years of experience in retail, followed by 10 years of investment in the local public life, is ready to take on this new challenge. In addition to his professional skills, Thomas Vidal is deeply attached to the Cévennes region. He is also very familiar with the sweet onion of the Cévennes, a product with recognized qualities which seduces a loyal clientele from supermarkets to restaurants and specialized retailers.

On the path of the Tour de France
For the Tour de France 2020, the producers of sweet onion of the Cévennes are taking part in the “Farmers love the Tour” competition organized by the FNSEA network, in partnership with the organizers of the Tour de France. They look forward to seeing you on Thursday, September 3rd, in the fields with Marc Delpuech, between Cap de Coste and Le Castanet (D11A) for a memorable day (for information and registration to the event, contact Richard Fesquet 06 19 22 45 53). 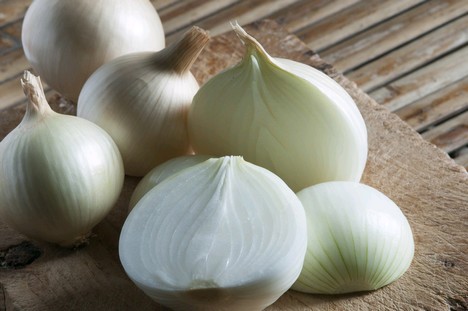 About the onion of the Cévennes
In the west of the Gard department, in the southern Cévennes, between Mont Aigoual and the Languedoc scrubland, is where the sweet onion of the Cévennes is produced. Since 2008, this ancestral production has benefited from a PDO designation (Protected Designation of Origin), which identifies an area covering 30 municipalities, a variety of local origin and a unique know-how. This production almost disappeared in the 1980s but it has now regained a new economic dynamic with the creation of the cooperative Origine Cévennes, which gathers 100 small producers.

With 2,400 to 2,800 tons harvested per year, this production remains confidential in the onion world, but ranks among the largest within the world of gastronomy. The sweet onion of the Cévennes is a vegetable even before being a condiment. It is sweet, juicy, crunchy and without bitterness. It can be eaten either raw or cooked and is distinguished by its beautiful pearly color and drop shape.

Its qualities are drawn from the land itself. It is the only onion production cultivated on terraces, on very small plots supported by dry stone walls, leaving very little room for mechanization. In total, more than 2,000 plots in terraces, locally called “bancels”, make for an exceptional landscape, especially at the beginning of summer when the crops are still very green.