"Thai durian are expected to perform poorly in the Chinese market, at least for a short while"

The Chinese import market for fruit has not been great this year. This is the result of the outbreak of Covid-19 as well as poor weather conditions. Some importers have no choice but to give up some of their stock or significantly reduce their import volume in order to respond to changes in the market and limit their losses. Jiu Tai Modern Agriculture is one of these importers. Wang Hengding, Director of International Sales at Jiu Tai recently talked about current conditions in the Chinese import market. 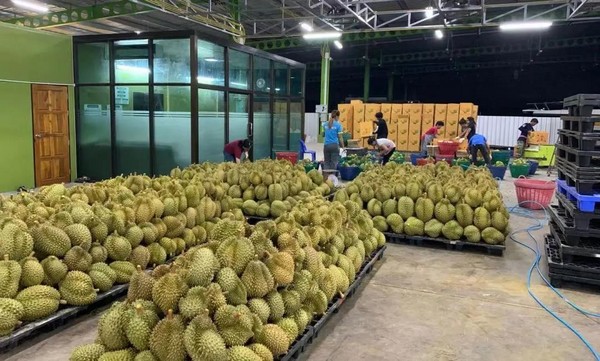 According to manager Wang, the current market environment is not great. Consumer power is quite weak. Many fruit importers are suffering financial loss. "Take Egyptian oranges as an example, the Chinese market mainly imports Egyptian oranges and Egyptian limes. These are mostly used to make drinks. However, the restaurants and bars temporarily closed down in response to the outbreak of Covid-19. Many of the importers purchased their Egyptian oranges for 120 yuan [17.43 USD] per box, but have had to sell them for as little as 20-60 yuan [2.90-8.71 USD] per box. Not only is the price quite low, but the oranges sold so poorly that many of them were left to rot in the warehouse. This caused further financial loss for importers. We temporarily halted our import of oranges and grapes in response to these conditions. We only imported a small volume of Southeast Asian fruits such as coconuts, durian, and mangosteen." 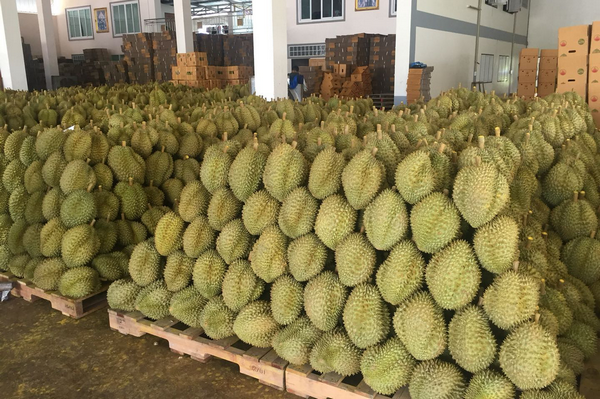 "The outbreak of Covid-19 was largely brought under control inside China in March. Market demand gradually increased, but the import volume was still small. That is why market conditions slightly improved. At the moment, the purchase price of Thai durian is around 600-700 yuan [87.13-101.66 USD] per box, and the retail price is around 800-900 yuan [116.18-130.70 USD] per box. This gives importers a larger profit margin. Some farmers predicted increased demand and provided the trees with more water to increase the weight of the fruit. They had hoped to increase their profit in this way. In the end, however, they gave too much water, which turns the fruit flesh white instead of yellow. The flavor is also weaker like this. A lot of these durian have gone to waste. Poor quality import fruit has a significant impact on sales. Importers naturally reduce their import volume as a result," explained manager Wang. "In addition to these artificial factors, the market also suffered from the outbreak of Covid-19. Purchasing power declined. In the end, the durian market is not as good as in previous years." 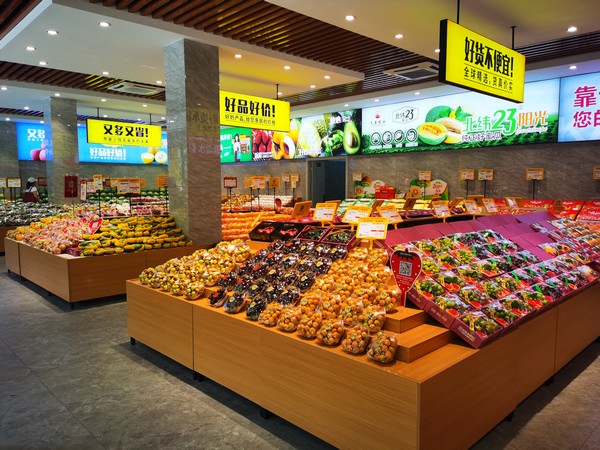 Jiu Tai imported around 200 shipping containers full of Thai during in the first half of this year. That is nearly 50% less than in previous years. "Although the Covid-19 pandemic is slowly brought under control, we still expect the market to remain weak, at least for a while," said manager Wang.

Jiu Tai mainly sells fruit to supermarkets and wholesale markets. The company continues to improve the national storage and distribution system and has already opened tens of flagship stores. The specialized fruit stores are called "Reliable" fruit stores. That is an indication that Jiu Tai maintains a high standard for the product quality of fruit sold in their stores. "We base our retail price on the wholesale price, unlike other stores, which is what makes us 'reliable'. This means that much of our profit ends up with our customers. In addition, the surface area of 'Reliable' fruit stores is much bigger than other fruit stores. We hope to provide our customers with a neat and tidy shopping environment and give our customers a great shopping experience."