The radish cultivation in the Netherlands has shown a reduced yield in recent weeks due to the heat wave in August. The effect is limited though. Radish growers Jongfresh and Daily Fresh Radish speak of a "positive year" despite the coronavirus.

“Due to the coronavirus, the sale of radishes this year was better than last year. People were more at home and wanted to eat healthier”, says John Grootscholten from Daily Fresh Radish.

At the beginning of April, the grower still worried about it. “March is normally one of our best months, but the country was turned upside down and the radishes were not sold. At the time we feared for the following months.”

These fears proved unfounded. During the course of April, demand increased due to the hoarding behaviour of consumers. This soon made up for much of the March loss. Grootscholten thinks that the healthy eating trend will be permanent. “The coronavirus has shown that an unhealthy lifestyle influences the symptoms of the disease. The people are realizing this and you notice that in the demand.” 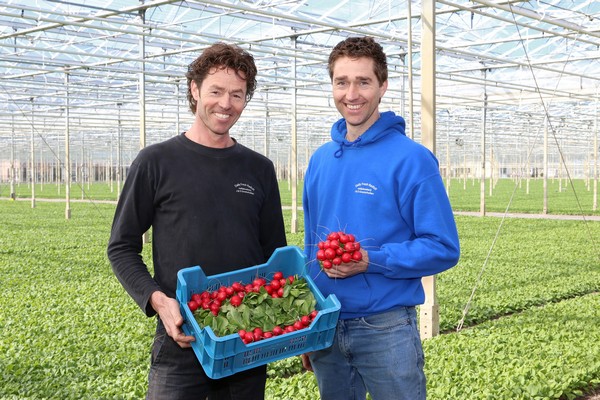 April is transition month for radish cultivation
April normally means an important transition month in radish cultivation when the higher winter prices move to lower summer prices. “From April, open field radishes come in from Germany and prices will drop,” Grootscholten explains, emphasizing that there are usually no major fluctuations in the price level. "In summer, prices are 20-25 cents, while in winter they are 35-40 cents per bunch."

Although in winter fewer radishes are consumed, the demand at Daily Fresh Radish continues. "In winter, the Germans come to us to shop." These demand dynamics means that Grootscholten makes full use of the greenhouse acreage in winter. In contrast, in summer ten of the twenty hectares are for rental. “Otherwise you will become your own competitor,” according to the grower.

He has no explanation for this phenomenon. "Perhaps consumers have started shopping more at the greengrocer or at the market," he guesses.

Jongfresh grows eight different radish varieties. Due to the closure of the restaurant industry, the company has made adjustments to the cultivation plan. Specific restaurant varieties, such as icicle and to a lesser extent white point radish, were sown less and replaced by more common varieties. Because the restaurant industry is still not running at full speed, these adjustments will still in part be continued for the time being. 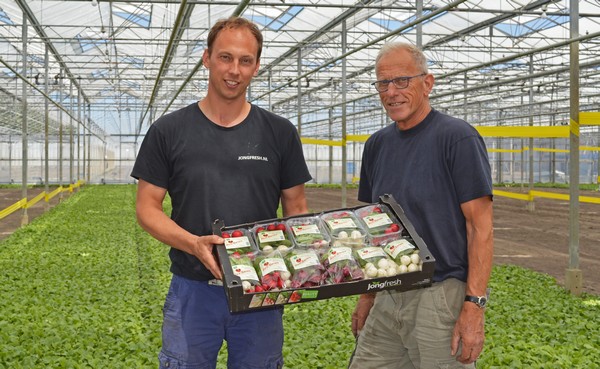 Although radish grows quickly in summer, too much heat can also have negative consequences for the cultivation. The grower from Monster is currently experiencing this personally. “Due to the heat of two weeks ago, the growth is irregular and gaps are appearing in production,” explains Van Lieshout. In seven to ten days he thinks that the aftermath of the tropical week will have worn off.

Daily Fresh Radish has also suffered from heat stress. “The problem lies mainly in warm nights, so the heat stays in the greenhouse,” says Grootscholten. He indicates that in addition to reduced production, the quality also deteriorated. "But from next week it will be normal again."