"By 1st week of September we'll have promotable volumes on Green Bartletts, Red Bartletts, and Starkrimson"

As August winds down so will most summer fruit and in its place beautiful organic NW pears will appear. Bridges Produce started shipping organic pears out of Hood River, Oregon the second week of August. The first variety available was the striking red Starkrimson pear which is followed closely by the Bartlett. By the first full week of September, Bridges will have promotable volumes on Green Bartletts, Red Bartletts, and Starkrimson. A few weeks later there will be good availability on Anjou, Bosc, Red Anjou, and Comice. 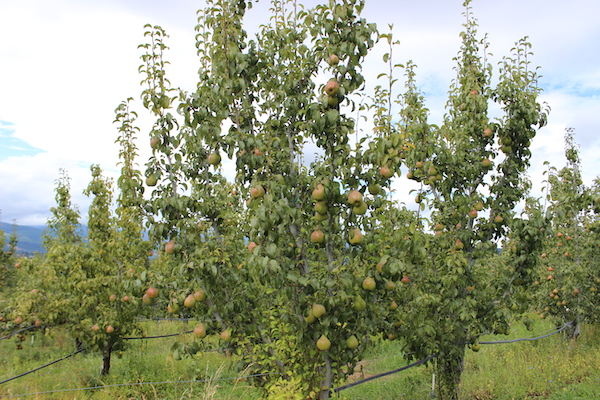 Bridges has a well-established year-round organic pear program transitioning from Hood River in the fall and winter months to South American crops during the spring and summer.

The Hood River region has a long history of pear production. After many years dominated by apple orchards 1919 brought temperatures of 27 below zero which killed the apple trees. After that much of the Hood River valley was replanted with frost resistant pear trees. Today, Hood River county is the largest producer of pears in the United States with over 12,000 dedicated acres. 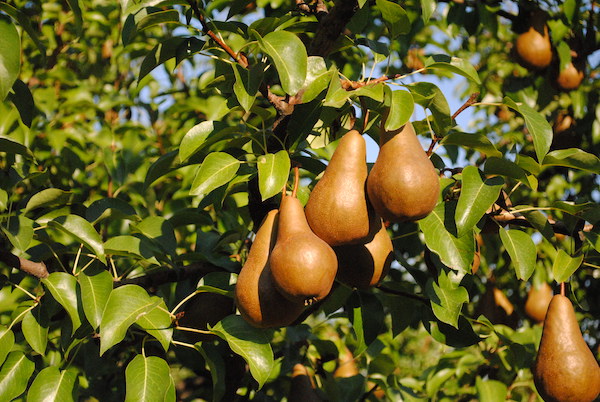 Speaking with Ben Johnson, Bridges Produce president, about what we’re expecting this season he shared: “According to the Pear Bureau we are looking at normal volumes compared to the three-year average for overall pear production. However, there is a sizable increase in the organic production of pears in the Northwest. While there has been some fruit damaged by frost and hail, the overall organic crop has increased volume and will be a great item to promote. We are also gearing up for higher demand for bagged pears this season, as purchasing patterns continue to shift due to covid-19.”

“Bridges Produce began by representing organic tree fruit orchards out of the Hood River region almost 20 years ago and it continues to be an important piece of our robust fall program” said Sydney Fairchild, Marketing for Bridges. Bridges’ first grower partner was Columbia Gorge Organic, a pioneer in organic tree fruit. They have been certified organic for over 30 years and grow over 60 varieties of tree fruit including 15 varieties of pears and Asian pears.

Sydney continues: “In addition to working with Columbia Gorge we also work with a collection of dedicated small farms whose fruit is packed under Bridges Organic label. By packing their fruit in one central location under one brand name we are able to represent these amazing small family farms while providing our customers high quality, professionally packed fruit with convenient centralized loading.”

One of the stars of Bridges NW pear program is the organic Comice pear. “We are one of the only shippers to have organic Comice pears,” said Ben Johnson. Ben’s favorite way to describe this dessert pears is “the pear that made custard jealous.” This large variety has an exceptionally sweet delicate flavor will melt in your mouth. Comice will begin shipping in early October with more volumes later that month. 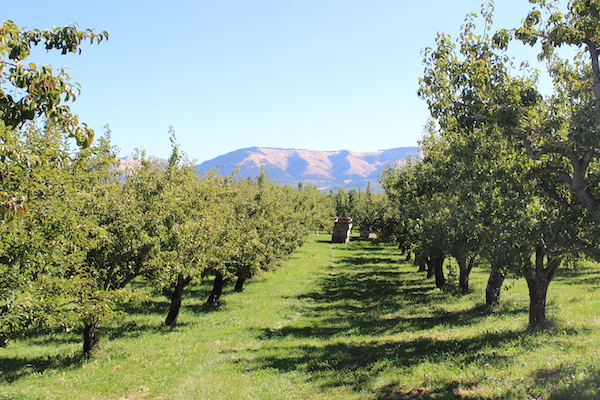 In addition to pears Bridges also supplies both high demand and specialty/heirloom apple varieties out of the Hood River region.