“This year we are introducing organic California Sweet Dragon Fruit”

While Dragon Fruit is still considered by many consumers an exotic fruit, it’s cultivation in California is on the rise. Anthony Shoghi shares that for Moonland Produce, the California Sweet Dragon Fruit harvest started during second week of August. “This is an on-time start, just what we expected,” he says.

The dragon fruit exclusively sold by Moonland Produce is called California Sweet Dragon Fruit, which is a collection of private, self-fertilizing varieties founded by their partner, Gray Martin. “These varieties are selected for commercial production depending on their size, aesthetics, taste, and sugar content,” Shoghi explains, adding: “Some of the varieties we are promoting this year are called Vintage, Glow, and Praise.” 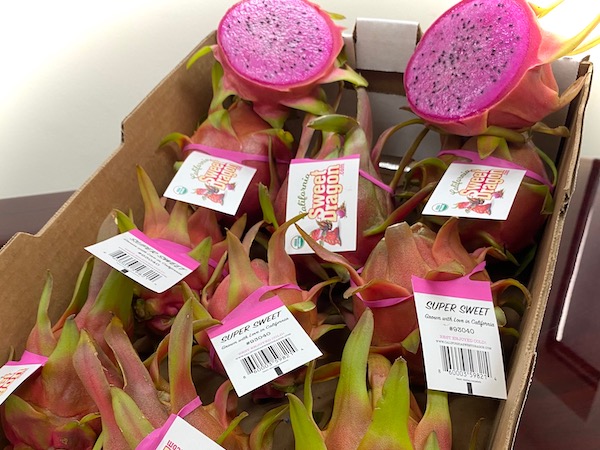 Expanding volumes and growing demand
The dragon fruit production is expected to last through December, with the peak volumes being harvested in October and November. The company is greatly expanding their production, Shoghi shares, saying: “We are expecting close to 200,000 pounds this year, which is double what we harvested last year.” So far, the weather has been good for the dragon fruit plants this season: “It becomes difficult for the plants to sustain themselves under the stress of triple digit heat, so if we stay under those numbers, we should be fine,” Shoghi says.

The company has been putting a lot of effort into increasing their production so they can keep up with the increasing demand they are seeing from their customers. Shoghi says: “Orders are growing, and more people are reaching out for the fruit.” Due to the pandemic this year, the demand for the domestic fruit has increased even more, Shoghi explains, saying: “Since the pandemic, we have seen a healthy appetite for dragon fruit in the United States. Because of less frequent air arrivals, there is less dragon fruit available from international sources such as Vietnam and Ecuador.” 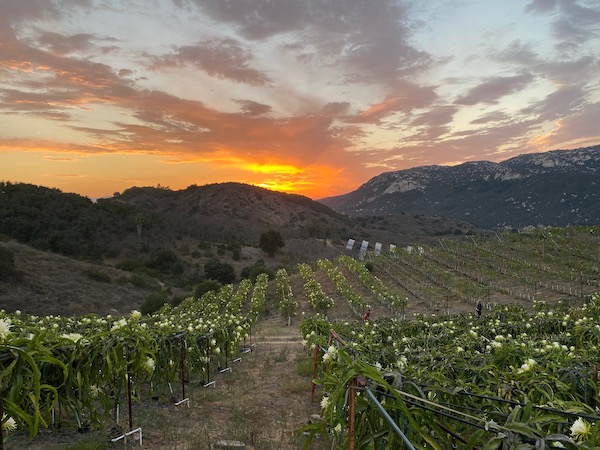 Organic production and new PLU tags
In addition to expanding their overall volumes, Moonland Produce is also adding organic product to their supplies this year. “We are expecting close to 50,000 pounds of organic dragon fruit this year and the inquiries and pre-orders that we’ve seen for our organic dragon fruit have been a pleasant surprise. We can’t wait to get started this year, as it’s our first year doing organic!” he says.

In addition to their new offering of organic produce, this year the company’s dragon fruit will also feature new PLU tags that will feature more information about the product’s origins and work to draw the customers’ attention. Shoghi says: “We wanted to tap into the marketing potential and revamp the presentation of our dragon fruit in a retail setting. We want customers to know they are getting a local and naturally grown exotic fruit.

As this is Moonland Produce’s first year working with certified organic dragon fruit, they are expecting to make a splash in the market. “We are also looking forward to working with our customers on providing white flesh varieties, cut fruit options, and promotional opportunities,” Shoghi concludes. 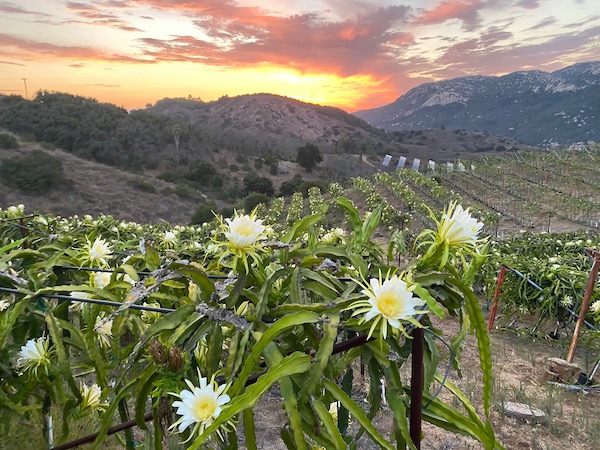