The export price of ginger has continued to rise over the past few months. The main reason is that there is less stock this season than in the same period last year and the new crop is still four months away from becoming available. Therefore, some speculators have purchased large volumes and put them into storage, resulting in a temporary imbalance in the market.

As the export price continues to rise and we are currently in the off-season for the European market, ginger exports to this market have almost stopped. However, Southeast Asia and the Middle East markets are still willing to accept the current price, making up for the lower share in Europe. Therefore, in general, the export of ginger is still proceeding in an orderly manner. 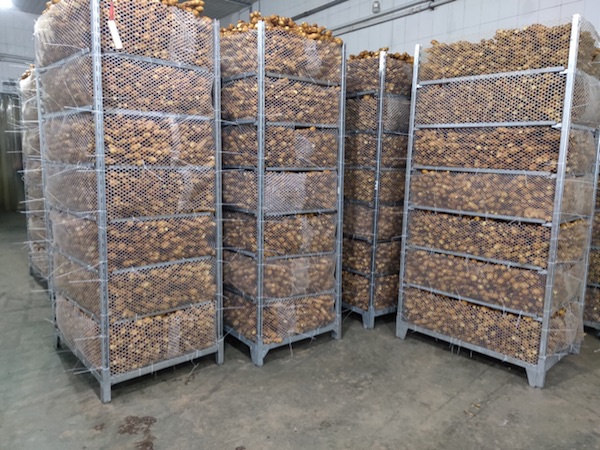 "After the price continued to rise for a period of time, the available volume on the market has begun to increase, and prices have fallen and stabilized. The current export price of dried ginger to Europe is about 2,400 US dollars per ton, which is more than 30% higher than the same period last year. It is expected that the market price will become relatively balanced before the new crop hits the market in November without a rapid increase like before,” Jim of Qingdao Dawei Tianyuan Foodstuff Co., Ltd. shared.

"As far as I know, the main reason for the lower volume exported to Europe is that Peruvian and Brazilian ginger is in the market at the same time, and the prices are lower than the current price of Chinese ginger. Affected by this, we have indeed lost some European orders, but I don’t think that Chinese ginger will be replaced. The overall ginger production in Brazil and Peru is much smaller, and they cannot supply the market throughout the year like we do here.” 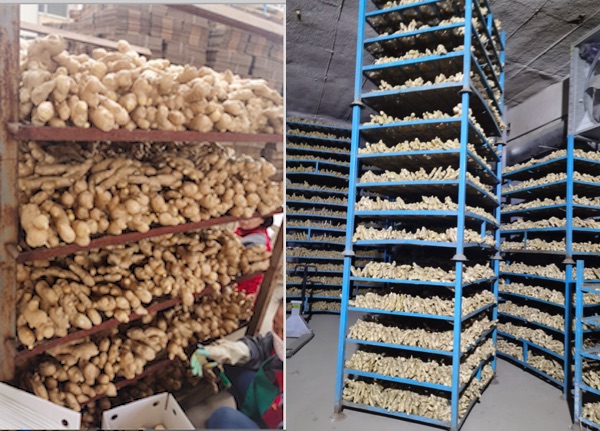 "In addition, for processing plants and traders, higher prices do not mean higher profits. Due to the relatively high cost that customers aren’t readily willing to accept, the only way to export the product is to lower the profit margin. Nonetheless, this season for processing plants with large stock is a success."

Qingdao Dawei Tianyuan Foodstuff Co., Ltd. currently mainly focuses on the European and Southeast Asian markets. Jim said, "More and more European buyers tend to purchase fresh ginger instead of dried ginger because after the fresh ginger arrives in Hong Kong, customers can air-dry it in their own drying room to get a better appearance. By doing this, issues such as mold and sprouting occurring during the transport of dry ginger can be avoided.”