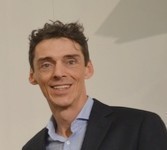 The demand for organic as a consequence can be called 'good' this year, as a result of the coronavirus. While peak demand in spring already generated positive reactions, this trend has continued unchanged through the summer.

On the contrary, the warm weather only further increased the consumption of organic cucumbers, snack and plum cherry tomatoes, as Cees van Vugt of Naturelle observed. "Just like last year, when the summer was also good."

Extra demand supermarkets
Nevertheless, this year promises to be an even better year for organic produce, although things might change in autumn, because at the beginning of the season, as a result of panic buying, the organic greenhouse vegetables were in short supply. "Of course there were weeks in which we, with our own growers, sometimes had a little too much product available, but that does not outweigh the periods with good supplies, even shortages, and also extra demand from the supermarkets."

Extra supply, extra demand for organic vine tomatoes
After the major corona peak, good weather soon followed. "The heat has also benefited the demand for organic. We have seen more and also larger orders for eggplants, cucumbers, peppers and tomatoes. Cucumbers in particular are doing very well this year, but demand is also high for snack and plum cherry tomatoes. People stayed at home more often instead of going on vacation and also the barbecue was used frequently. That certainly has helped."

Compared to last year, the acreage at Naturelle was more or less the same. Cees and his team did have extra organic tomatoes to sell. "That has gone very well so far, because there was also extra demand for the extra supply."

Blow
The heat also has a downside, namely that the crop has had a 'blow' from which the plants now have to recover. "Perhaps that signifies that towards the end of the season some crops will end a little earlier," Cees expects. "But so far it looks to be better than expected and the growers have come through well now with the modern techniques."

Spain enters the pictures
So the end of the season is looking good. "In September, the supply of cucumber often decreases first. Also Spain will be on the market again. Now it is just a little too early for that, but as soon as gaps start to appear here, the Spanish crops will certainly come this way again."