Snow and rain in the Cape: a winter as good as it gets for Boland fruit farmers

It's a great winter in the southwestern Cape. Rainfall for August has been above average and now the Western Cape Water Supply System is 88% full - three years ago it stood at 33%. 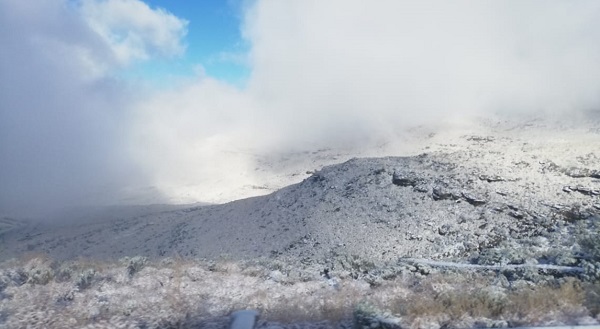 The figures for the largest dam in the Western Cape, the Theewaterskloof Dam, are heartening: in 2017 it stood at 25.9%, climbing through the following years from 44% to 72% last year and now: 85%, an increase of 60% over three years.

The Theewaterskloof was so empty three years ago that there were dust storms inside the dam basin and Cape Town was facing Day Zero when the city would've run out of water.

In 2017 the Berg River Dam (now 101% full) was so dry one could again walk on the old forestry paths that had been submerged for decades after the dam was built.

Water use in the Western Cape is still below pre-drought levels and for many people water saving has become a way of life.

No-one adapted a new approach to water as wholeheartedly as farmers in the Western Cape. The area covered by shade netting, effecting quite remarkable water savings, has increased by 300% in the province since the drought. 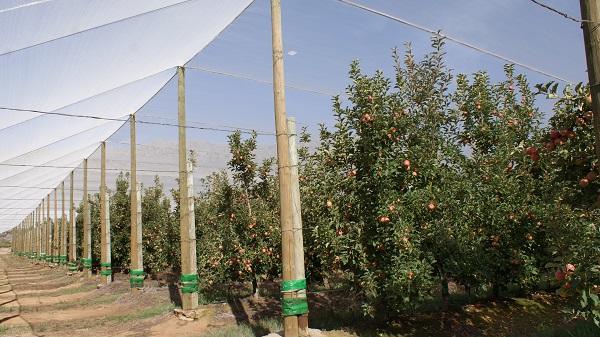 Use of shade netting for water saving has increased threefold

The Berg River Dam is overflowing, great news for its water users, including many table grape and stonefruit farmers, and it offers some consolation wine farmers who have experienced a torrid time because of the alcohol ban in South Africa.

Watch a video here of the Berg River Dam overflow into the river.

The weather has been variable between rain and sunshine but plum growers would like a bit more sunshine over the coming few weeks. They have now brought in bee hives to their plum orchards for pollination but bee activity is dramatically reduced during windy and rainy weather, which could affect fruit set.

Alas, drought continues for the stonefruit growers and stock farmers of the Klein-Karoo. In the Eastern Cape's Gamtoos Valley citrus orchards are flowering but the Kouga Dam stands at a shocking 7.5%, casting a shadow over next year's crop.