According to the Pera interbranch organization, production is estimated at around 464,000 tons on a regional level, i.e. 14% less than the 2015-2018 average (excluding 2019, when losses exceeded 50%). This figure is also due to the fact that, over the past three years, over a thousand fewer hectares have been planted. Elisabetta Moscheni, president of the Fruit Section at Confagricoltura Ferrara, analyzed the phytosanitary situation.

"Now that the harvesting of summer pears is over and that we are waiting to see how the Abate variety will perform, we can say that there are four main phytosanitary problems producers have to deal with this year. Of course there is the brown marmorated stink bug, which remains aggressive just as brown spot, a fungus that affects the Conference and Abate varieties in particular. Then there is also the Alternaria fruit rot, again caused by a fungal pathogen that is very difficult to eradicate." 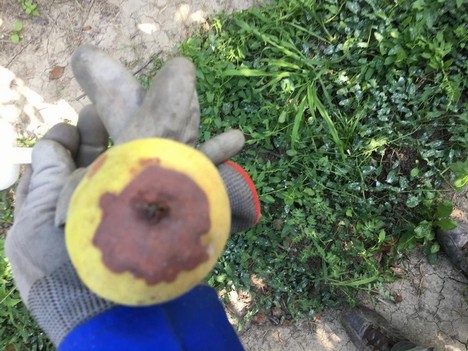 "Frost rings are also affecting the fruit, caused by the frost in spring. They leave the flesh and flavor unaffected, but modify their appearance. All these problems lower the quality and quantities of pears that can be placed on the market and there is very little producers can do."

"Over the past few years, and 2019 in particular, we have witnessed how it can be difficult to make a realistic estimate, as the fruit might look good but the real damage, especially that caused by the brown marmorated stink bug, can only been assessed during harvesting. 'Counting' the fruits on trees is not a good method to assess their quality. This year too, we do not know how many Abate pears will be suitable for commercialization." 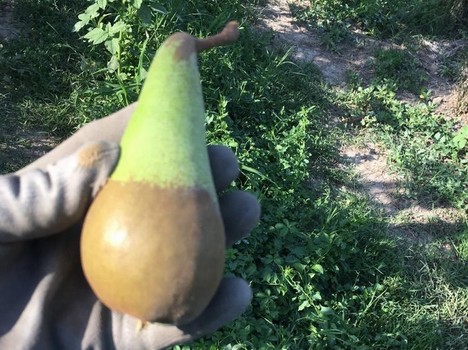 "This is why I believe prices should follow the same logic and be similar to those of 2019. Maybe there will be more produce in the end, but I do not think we will reach the average for the period. Those dealing with commercialization - from cooperatives to POs - must keep quality variations in consideration and, most of all, understand that producers must receive a fair remuneration, otherwise they will go out of business or stop producing pears."

Cia and Confagricoltura presidents made a final appeal: "we ask our representatives on an Italian and European level to not prohibit those few molecules left that manage to contain diseases and the brown marmorated stink bug, especially since wasps will only start being effective in a few years' time. Then, we ask all Ferrara producers to only accept fair quotations and stop working below production cost."