Citrus consumption heats up in the US, and Chileans celebrate rising prices

The main market for Chilean oranges is the United States, with about 15 percent of what is consumed coming from this South American country. The COVID-19 pandemic ended up reflecting positively for companies like Pangalillo, based in the Vale de Mallarauco (near the capital Santiago), which saw demand increase sharply, pulling prices up as well.

“People have realized the importance of good nutrition, and are consuming more oranges, due to the high content of vitamin C, which increases the general immunity of the body, strengthening against diseases. The consumption of oranges this year was a true phenomenon, and that was worldwide: it is estimated to have increased by 38 to 40 percent during the pandemic”, says Crescente Molina, general manager of Pangalillo. 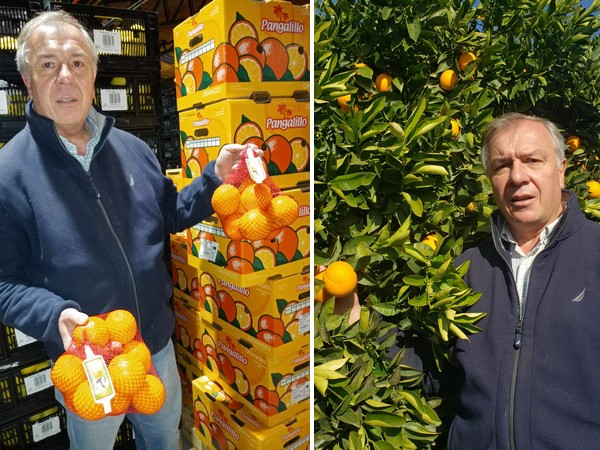 Prices soar with heated demand
As retail sales in the United States are very heated, prices increased by 12 percent (initially) but peaked at up to 38 percent in 2020 compared to 2019. In open markets, which receive the products from Pangalillo in North America, prices vary between $19 and $24 per box of 15 kilos.

According to Molina, the information received from buyers in the United States is that an even greater demand for oranges is expected – which should occur between the months of September and October this year. The projection is that this will keep prices stable or even further increase.

“But this will only be good if we are able to maintain a good supply of oranges, because otherwise, people will seek to substitute fruits, such as mandarins, for example. The good news is that we also have enough citrus to offer to consumer markets, as we are producers in one of the most privileged regions in Chile to plant citrus,” says Molina.

Challenge to produce more to serve the market
The biggest challenge now, according to Molina, is to maintain this high demand for oranges and other citrus after the pandemic, especially in the coming years. “The objective is to build a more stable market, which will provide greater financial returns to the entire production chain.”

He explains, on the other hand, that there was an 11 percent drop in the volume of Chilean fruit shipped to the United States so far in 2020, compared to the same period last year. “This was because North American producers harvested 18 percent more fruit this season, which isn’t frightening, considering the increase in demand for citrus in North America.”

According to Molina, 56 percent of the oranges consumed in the North American market are grown domestically. In addition to Chilean participation, there is still 14 percent from Mexico, 11 percent from Morocco, and the rest from South Africa. “So the main competition for the Chilean product comes from these countries. Chile at their turn has very diversified consumer markets, receiving demand from Ecuador and the Dominican Republic, among other countries”, says Molina.

What's next? Eureka lemon
We are also investing in the development of the “eureka lemon”, which has no seeds and the quality is much higher, with 20 percent more juice. “We are the only company in Chile to produce this variety in the country. We are working in partnership with Wonderful Citrus, which is one of the largest in the United States. They have already planted 1,900 hectares of seedless lemons in the US and have made significant investments to introduce this variety in the North American market.