The Moyer family settled in Ontario in 1799 and have been farming in the Niagara Peninsula ever since. In keeping with tradition, Paul Moyer is the 9th generation of Moyer farmers, but he went far beyond the tradition when he became the co-founder of Clēan Works Corporation: a produce cleaning technology that is currently being used to eliminate COVID-19 from Personal Protective Equipment in Canada’s healthcare system. 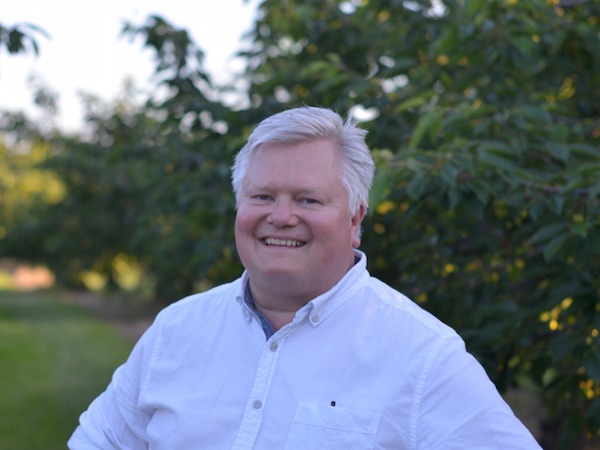 It all started with a Listeria outbreak…
In 2014, Paul Moyer’s main specialty within the produce industry was manufacturing caramel and gourmet apples. At the end of the year a listeria outbreak hit the apple industry, and while Moyer’s apples weren’t affected by the outbreak, he committed himself to developing a technology that would increase the food safety of his apples. “I have a degree in microbiology, so I have a little bit of a background in the topic,” Moyer explains. “We partnered with Dr. Warriner of the University of Guelph, which is the top food science university in Canada. Together we developed this technology.”

“Everybody up until now has been focused on how to improve the existing technologies; how to make wash water more effective and efficient,” Moyer says. “We decided to find a way to clean without water. When the water isn’t managed properly, it can become the problem rather than the solution; it becomes a vector for pathogens rather than working to eliminate them. So, we cut water out of the equation,” he says. 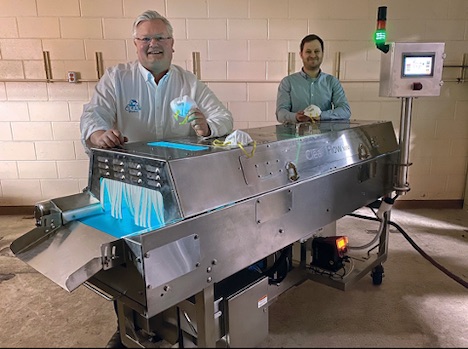 Threefold approach
The process developed by Moyers Apple Products combines three technologies that are each effective at eliminating pathogens on their own. When combined, their efficiency multiplies twentyfold. “We used UV light with hydrogen peroxide vapor, which combine to create hydroxy radicals. Then we also added ozone gas into the mixture which makes the hydroxy radicals even more effective,” Moyer explains. “The resulting mixture, which is applied as a very light mist, has a very high kill rate for Listeria, E. coli, salmonella, and decay organisms.”

While the technology was designed to kill harmful bacteria to help increase food safety, it also proved to bring additional benefits. “The process also kills mold and mildews, and therefore results in extending the shelf-life of the products,” Moyer says. They began testing the technology on other produce items besides apples and found it to be effective on many kinds of fruits and vegetables. “We had initially developed the technology for our candied apples. When we realized how well this process worked, my partner Court Holdings Limited and I decided to start Clēan Works Corporation to build the machines for the produce industry,” Moyer adds. 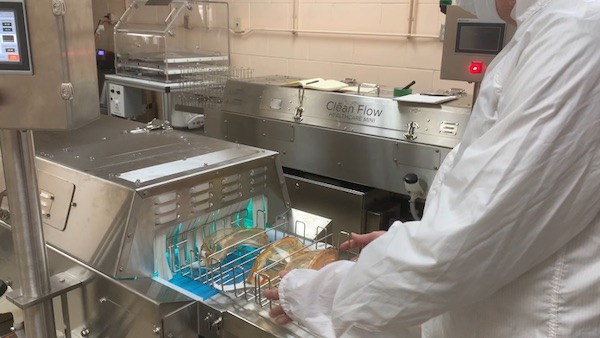 Pivoting in the pandemic
After bringing the Clēan Works machines to market, Health Canada began testing the technology and found it to be effective not only for eliminating bacteria, molds, and mildews, but also for viruses. “They were testing specifically for Norovirus and Hepatitis and found the technology effectively eliminated both of these viruses. Then, in March of this year, Health Canada and the Canadian Research Council started testing it for COVID-19 and the technology was actually found to be extremely effective for eliminating the virus. So, we pivoted our focus and began using our technology to sterilize N-95 masks and PPE here in Canada,” Moyer shares.

While Clēan Works Corp. is already working with numerous US produce companies, they are also working with US authorities to apply the technology in American healthcare facilities. “The fact that it’s essentially a dry process and takes very little time makes it perfect for the sanitization of PPE. We had initially designed the technology for our candied apples and hadn’t imagined it might be used in the capacity that it is now. The idea behind it was to help make the world safer, and we were able to take that idea and turn it into something valuable not just for the produce industry, but for the entire world.”

The company continues to expand not just within the healthcare industry but in the produce industry as well: “We’re moving into a lot of different commodities, such as processed produce like chopped lettuce and greens for example. It is also a great solution for organic produce, and the fact that it also helps extend shelf-life makes it a valuable solution for products like organic blueberries, for example,” adds Don Lawrence, VP of Sales & Business Development. 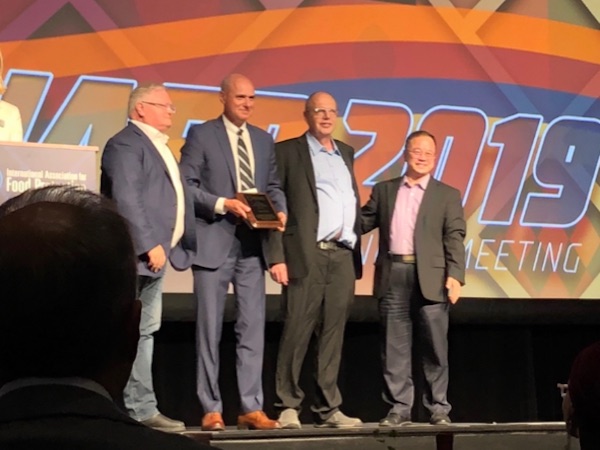 The company won the 2019 International Association for Food Protection Food Safety Innovation Award and currently has over 70 installations in Canada, with USDA acceptance pending for the United States. They are also expanding to Australia, New Zealand, the Middle East and Europe.