Brazilian mango production occurs throughout the whole year, but the peak of the season starts in the beginning of spring (Southern Hemisphere) and goes between October and December. Due to a strong devaluation of the Brazilian Real against the main world currencies, the fruit will see a strong price this season.

“The price has been improving lately, mainly because of the exchange rate situation in Brazil. The Euro and the Pound are valued in relation to the Real and the results are good. However, the flipside is an increase in our production costs as a good part of the inputs are imported”, explains Paulo Dantas, owner of Agrodan, who claims to be the largest exporters of mango in Brazil. 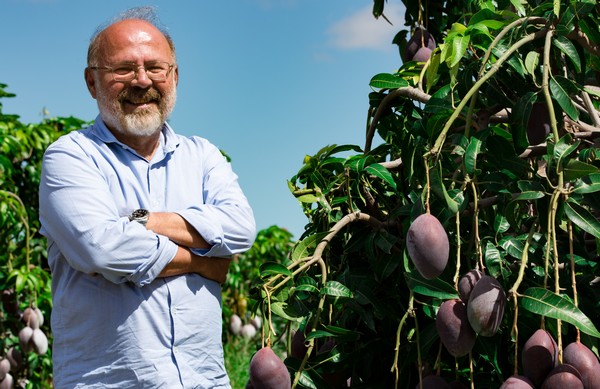 High consumption in times of pandemic
Regarding consumption, Dantas says that there is a greater demand for fruit compared to previous years. “I believe that is due to the effect of the Covid-19 pandemic. The population is wanting to eat healthier, eat more fruit. This will be a trend worldwide, a change in habits. People are traveling less and staying more at home, and therefore eating more fruit,” he analyzes.

According to the owner of Agrodan, the company itself produces 80 percent of what it exports, with the remaining 20 percent being sourced from a few partners who receive all the technical and financial support from Agrodan. "We do not buy unknown fruits, but always from these partners that are known and certified, as if it were our own. This gives us full control of production," he says.

Production has the potential to increase
The majority of mango production in Brazil is concentrated in the Petrolina region, in the São Francisco River Valley, Northeastern Brazil. “There is a lot of mango production in other regions of Brazil, but approximately 86 percent of Brazil's exports are from our region, and Brazil exports only 15 percent of what it produces. The other 85 percent is consumed here domestically”, explains Dantas.

He reveals his company exports mangos to Europe all year round. The biggest competitor is Peru, which starts producing mangos between December and March, after the Brazilian harvest. There is still a great supply of fruits from Central America, from countries like Costa Rica, Guatemala and Honduras. In May and June, the fruits come from Africa, from countries like Côte d'Ivoire, Senegal and Mali, and from July until mid-September, Israel is a key source.

“Our market in Europe is growing at a rate of 10-15 percent per year, so it is as if every six or seven years we have to double the supply of mangos to Europe. There are countries where the market is very large, but in others it is very small. Per capita consumption in Europe as a whole is approximately half a kilogram per year. While Portugal consumes 3.5 kilograms, and Switzerland 1.7. The average per capita consumption in Europe is still very small, so we see enormous growth potential,” analyzes Dantas.

According to him, the main challenge is to increase production. “We are looking to increase the planted areas to supply the market and we are also growing in the European market, as well as in Brazil. On the consumption side, Brazil has growth potential too, but consumes little because of the small purchasing power. Today we have 1,200 hectares planted, and our intention is to reach 2,000 hectares. Our challenge is to get resources and financing, that's why we're going after it,” he concludes.