"Our crops have not been affected, but we're closely monitoring air quality for workers"

It is fire season in California, and this season so far has seen a higher number of fires than in previous years. The current heatwave that the state has been experiencing has had its own effect on crops, and now the farms are seeing smokey skies. CNN reports that over 40,000 acres of land has burned in three northern Bay Area counties. Currently, there are well over 300 active fires, of which 23 are considered major fires. 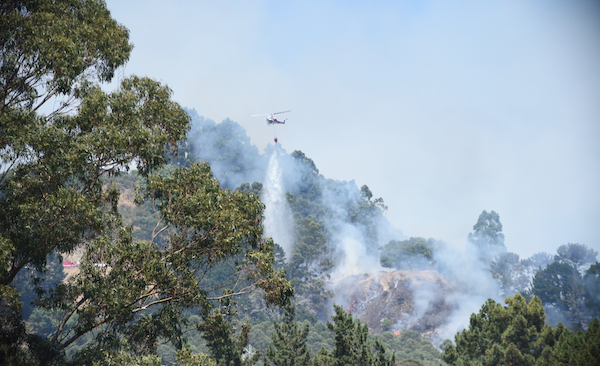 Crops not affected, air quality being monitored
California Giant Berry Farms has farms located in the Watsonville and Salinas areas, and the fires are burning on either side of the region. Fortunately, the farms and the crop haven’t been affected by the fires, and the company is closely monitoring the situation. Kyla Oberman shares: “Our first and foremost concern is our staff and their safety. We are working to make sure that the families who have homes in the affected areas have a place to go and are safe. Additionally, we’re closely monitoring the air quality, providing masks for the workers, and keeping in close contact with the field managers and adjusting the hours spent in the fields where necessary to keep the workers safe.”

DePalma Farms is at the tail end of their stone fruit season and in the process of shaking their almond trees. They, too, have been able to avoid harm from the fires. Their farms are located in Ripon, California, and the closest fire to them is burning in Patterson, approximately 30 miles away. Dawn Sanders says: “The fires aren’t anywhere near our ranches, fortunately. We have smokey skies – it looks like it’s overcast but it’s actually smoke and ashes. This doesn’t really affect our crops, and we’re not worried.”

A large number of the current fires was caused by lightning strikes, which hit land that was already extremely dry due to the current heatwave. The firefighters of California are working to contain the fires and have been receiving firefighting support from Nevada, Arizona and Texas.