While some growers in Texas will be harvesting their peaches until early September, for Vogel Orchards, the Texas peach season wrapped up this past week. The crop saw lower than expected volumes and higher than ever demand. 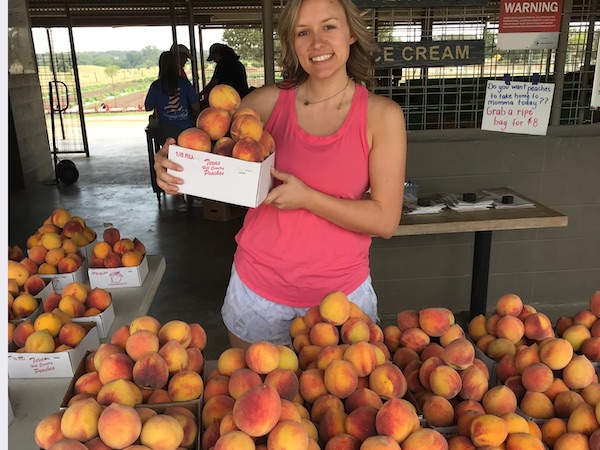 Lower volumes for mid- and late varieties
The season this year started off with strong volumes, Jamey Vogel shares. “Early on in the season we were going strong and the early varieties produced really well. But we usually see the peak of our season starting late June through the end of July. Those are the most popular varieties, so we have the most trees planted for those. Unfortunately, this season those were the varieties that were affected the most by limited winter chill and we saw some of the peak season varieties producing only 25 to 30% of fruit. So overall our crop was around 50-55% of the usual volumes, and there were some size issues too,” he says.

The main reason for the low volumes this season was due to the weather at the beginning of the year. “Peaches need a certain number of chill hours for optimal development. We actually had the right number of hours this year but the way they were spread out was not optimal. In January we had a warm and dry month and February was cold and wet – February’s weather probably saved us from having a very small crop,” Vogel explains. 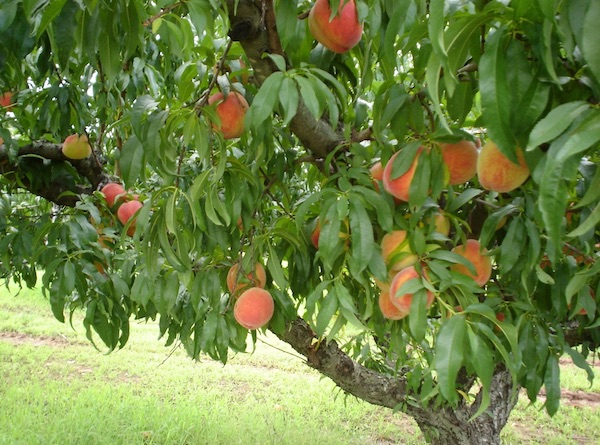 High demand this season
The majority of the product sold by Vogel Orchards is sold at retail through roadside stands, with some of the product going into wholesale. “At the front end of the season we were unsure of what to expect because of the pandemic. We were concerned that we would have a hard time and be forced to find alternative ways to move our crop, but right around Memorial Day the traffic picked up – Memorial Day weekend sales were record high – and since then the traffic just kept coming,” Vogel says.

Due to the lower volumes and high demand, the season this year saw a very strong market. “We never had any excess fruit, even at the beginning of the season when our volumes were higher. We even had to limit our quantities, so we were able to have volumes every day throughout the season. So overall, it wasn’t a big season, but we were pretty happy with the way it turned out; if only we could have had higher volumes during the peak. The best way to describe this season would be as ‘interesting,’ Vogel concludes. 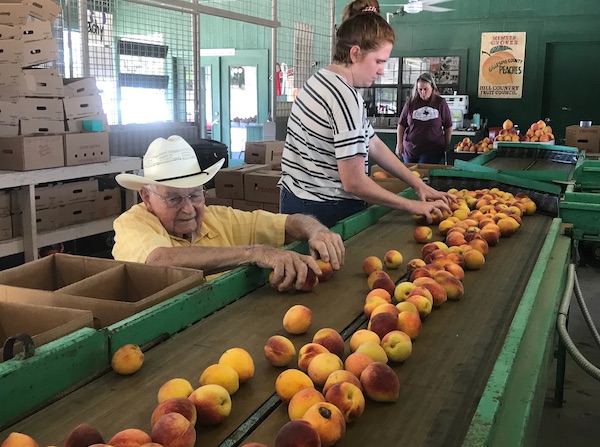