"Despite limited supply no shocking prices for mangoes and avocados"

Despite a limited supply, the mango market is not currently running hot. "The demand is very calm. If there were more, there would soon be a shortage of mangoes, but that is not the case at the moment. Prices are at a stable level," notes Henk van der Meij of Hars & Hagebauer.

The mango supply mainly comes from Brazil, supplemented with Israeli mangoes, which often find their way directly to the various countries. "The quality of the Brazilian mangoes is not optimal, due to the more than abundant rainfall earlier this year," says the importer. "Some people expect Peru to ship mangoes sooner, but that information is inconclusive. The general expectation is that the first ocean freight volumes will be shipped in week 45 and will arrive at the end of November." 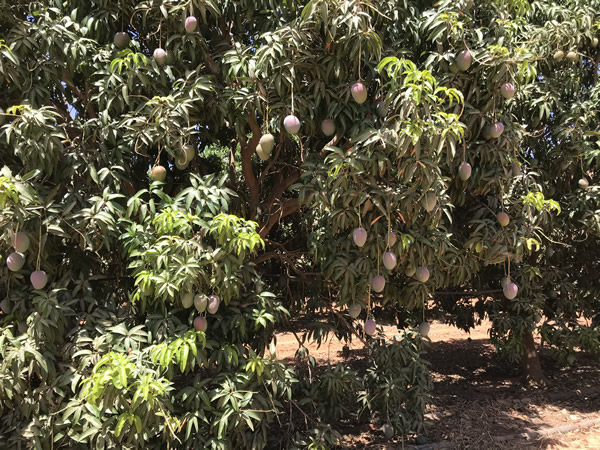 According to his colleague Ad Toet, the avocado market has revived compared to a few weeks ago. "The market has been been on its back for a while. Nevertheless, given the available volume, which is considerably lower, I still don't think the prices are great. Peru is in the tail end of the season and has been sending considerably less, while in Colombia, most areas have also been harvested. An alternative is the Chilean avocados. They are on the market later, but not with the right - small - sizes that have limited availability. "

"The picture from Mexico, which traditionally mainly exports avocados to the United States but has focused more on Europe in recent months, is also unclear as to what exactly they are going to send," Ad continues. “However, it has again become apparent in recent months that there are times when there are too many avocados on the market despite the growth that the category is experiencing. Especially when Peru and South Africa are having a good year and there is other summer fruit on the market, the supply is greater than the consumption."