Over the next three or four weeks FruitOne will be packing the last Valencias of the 2020 season, a season ending quite a bit earlier than usual.

“All markets are pulling equally and all are paying a relatively equal price – that’s unusual but then, this is a very unusual season,” notes Rowan Vickery, commercial manager of grower-exporter FruitOne.

“The demand for oranges at this point in just about all markets is outstripping supply. It’s a delicate balance trying to keep all of our clients happy with the extra volume that they are looking for, given that we’re ending early and slightly down on volumes.” 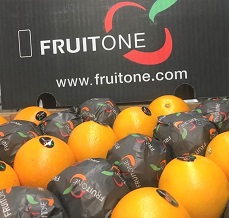 He says that the strong pull coming from almost everywhere has allowed South African exporters to spread their fruit across multiple markets.

Southeast Asia, among all the markets, seems to be the one most undersupplied, especially as Australia has sent less fruit to China than usual.

The pandemic brought with it a number of challenges, of course, but for citrus it has meant increased worldwide consumption as people strive for a healthier lifestyle.

“We were lucky, the Northern Hemisphere ended early and we entered an empty market. Although we’re running quite a bit ahead of volumes compared to last year, we’re also ending earlier which has created an interesting situation where we just can’t keep up with demand at this point in time.”

Letsitele drought & fruit drop due to heat
This year Star Ruby grapefruit started early and also ended early with lower volumes, leading to an earlier start on Valencias for growers in the Northern regions.

The area around Letsitele is still gripped by drought, while extremely high temperatures in December caused fruit drop among seedless Midknight and Delta Valencias in the Northern production regions, leading to a reduction in Valencia volumes.

“It has been a very difficult couple of years for the growers up north given the ongoing drought. This year has been good for these growers despite the reduced volumes, as the pricing is very high and the exchange rate is also playing in their favour.”

Retailers reduce orders after initial soft citrus buying spree
FruitOne has finished packing their Tangos a while ago already, being one of the earliest Tango producers in the country. Most of their Tangos have been sold, with some late containers still arriving in Europe and the UK. 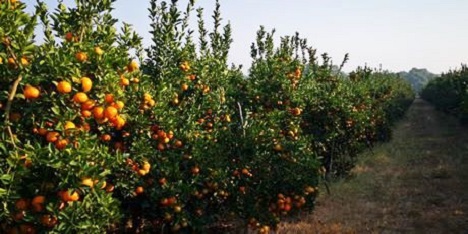 “Soft citrus has been a very interesting market. At the start of the soft citrus season, retailers pulled significantly higher volumes than they have in previous years due to high demand, but then started to get concerned about the volumes being shipped from South Africa. Some retailers delayed, reduced and even cancelled orders."

"South Africa has put a lot more Nova mandarins into Europe than we do normally, where it has had a fairly significant negative impact on the European market, the same as it had last year in China.”

Expectation of improvement in late mandarin prices next month
“Consumption also slowed down,” he continues, “and as a result clementines, some of the Novas and some of the newer hybrids had a fairly difficult marketing window. On premium late mandarin varieties the pricing has dropped slightly but we’re seeing it stabilise and expecting it to pick up towards the end of September or beginning of October.”

The company has recently also started shipping Tangos to China – they’ve been waiting for their trees to mature as the cold steri protocol can be harsh on the rind of fruit from young orchards – and it’s an opportunity on which they’re keen to expand within coming years.

“Our fruit arrived in very good condition and the Chinese appreciate a seedless variety, so the Tango has done very well there. In future as our volumes grow we’ll be looking at sending more Tango to China, as well as growing our European and UK retail programmes with FruitOne Europe.”

Voluntary stop to Valencia exports? It’ll be a difficult decision
This is the time of the year when the South African citrus industry usually starts considering whether to voluntarily suspend the Valencia export season to the European Union as the risk of citrus black spot detection rises on late fruit. 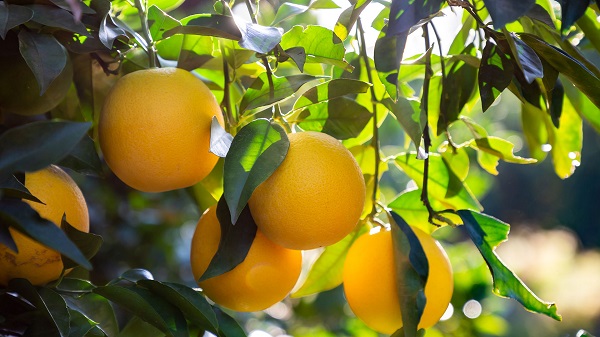 Thus far there has been a single CBS interception among South African oranges shipped to Europe.

“In a year like this we need to carefully monitor the situation. With reduced volumes and the earlier end to the orange season, as well as the earlier end to European melons and stonefruit and Spain’s citrus crop seemingly later, we could end up with a supply gap in the market. It’s a very delicate tightrope the Citrus Growers’ Association has to walk, but we have every faith the team will make the correct call for the entire industry.”

He notes that such a decision, which South Africa has taken over the past few years to proactively manage its CBS detection levels, should not affect Northern growers finishing up weeks earlier than usual, to the same degree as Eastern Cape growers.

Given the unprecedented difficulties of the season, all things considered and providing that exporters continue in the current vein of spreading fruit broadly across many markets, he expects that the citrus season could in fact turn out to have an excellent end for the remaining oranges and late mandarins.