“The ban only affected programs that were already finished”

On August 14th, the European Union announced that they were going to temporarily ban the import of citrus from Argentina. The decision was made because there had been multiple findings of Citrus Black Spot in shipments. The ban went into effect on August 16th, 2020 and is to last until April 30th, 2021. 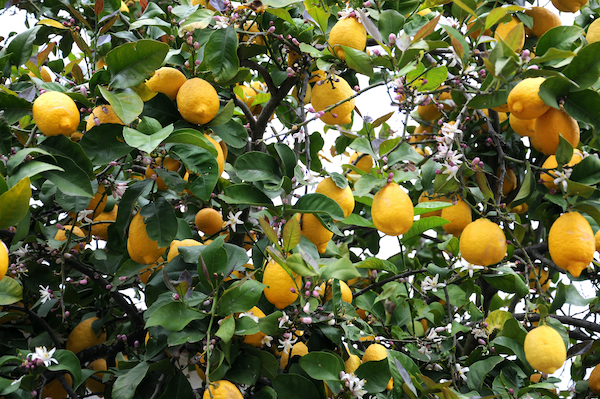 Lemon season has finished already
Fortunately, exporters of Argentine citrus have mostly finished up their seasons already and won’t be much affected by the ban. For American company Salix Fruits, citrus exports from the Southern Hemisphere make up their largest volume business. Juan Gonzalez Pita, founder of Salix Fruits, says: “Our citrus season lasts from March to October, but the lemon season is already over. We are still sending tangerines to Europe, but they aren’t included in the ban. Our oranges are mostly going to Russia, Ukraine, Canada, Asia, and the Middle East so they’re not affected either.” Salix has a year-round presence in Europe, and also sells grapes, pomegranates and stone fruits there.

For Argentine citrus company S.A. Veracruz, the effects were also minimal. Carolina Seleme says: “Europe and the United States are the biggest destination for S.A. Veracruz, and our season runs from April to August. We didn’t have to divert any volumes, as the volumes we have left now are destined for other markets and will go into processing rather than fresh.”

Other origins and outlets
Salix Fruits has a worldwide presence, and this allowed them to supplement some of their programs with fruit from other origins. “While the ban mostly affects programs that have already been closed, where necessary we have been able make some replacements with fruits from other origins. Salix has a very good range of suppliers in South Africa, which is also an important origin for Europe for lemons during the summer, so we have been able to continue to provide the volumes that our customers need. In addition to this, we have had the opportunity to send fruit to other destinations that we also sell to throughout the year,” Pita explains.

For S.A. Veracruz, there were a few negative economic effects of the ban, as some of the last of their shipments are now being used for processing. “We took a lot of care to make sure the lemons were of the best quality for fresh consumption and now they are used for processing instead,” Seleme says. Overall, though, she believes the ban was a good move. “This will give the industry time to analyze the issue and make a plan to ensure that the fruit will be free of disease when the exports start back up in May 2021. Work is already being done on that right now: fields are being treated and growers are following and implementing all the requirements imposed by the National Food Safety and Quality Service,” she says.

US market
The US is still a rather new and growing destination for Argentine lemons, but the market won’t be affected much by the European ban, shares Pita. “The volume of Argentine lemons in the US in 2020 has grown to almost 30,000 tons. Now, the lemon season is already over and next year, the European Union’s restriction on Argentine’s citrus will be lifted,” he concludes.