A Northern New South Wales dragonfruit grower would like to see consumption of the fruit in Australia grow, as more of his plants come online in coming seasons.

While North Byron Farms still has fruit on the trees this winter, the main consignments wrapped up in June. Owner Anthony Johnston says while 2020 was not a bad year, market prices are coming down as more farmers are putting trees in the ground.

"I have been growing for 27 years, and I have ridden the wave about three times," he said. "When we first started growing, we were getting $100 per box, but everyone then got on the bandwagon. As they put them in, prices came down to $8-10 per box - so, people then knocked the trees out, and up went the price again. Everything seems to be like that when it comes to niche produce." 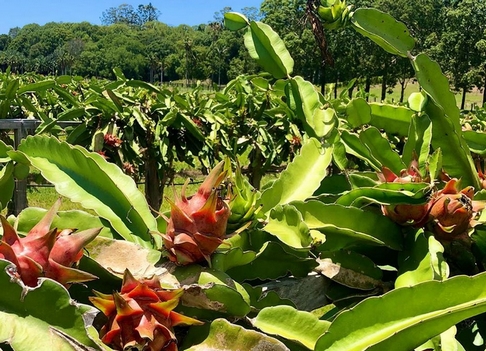 This season the farm had 3,500 plants online, which this year produced around 45 tonnes and 4,500 trays of fresh fruit for the Brisbane, Sydney and Melbourne markets. Next year production is set to increase with 5,000 plants more coming online, and another 3,000 in future seasons.

Mr Johnston estimates it costs $20-22 per tray to produce, so he says he has to be cautious about creating an oversupply without the demand, to ensure he maintains fair price.

"I'd like to say I will be doing around 8,000 boxes next year if everything goes to plan," Mr Johnston said. "But literally, I can glut Brisbane, Sydney and Melbourne with a big pick. This year we picked 14 tonnes of fruit in five days. If I was to pack that and put that into all three markets, they wouldn't sell it. I have to sit on it, and luckily, it lasts well in cold storage and lasts for 10-14 days. I slowly drip it into the market and puree the rest. Basically, if I was to dump everything I grew - it wouldn't be worth even sending. This year we had some boxes as low as $18. My plan into the future is to supply every agent I have got for six months with fresh supply to build up a market. I want to be the first product sold, simply because they can get it every week." 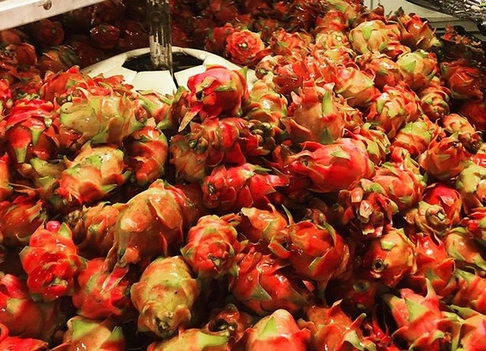 He also says increased consumption through consumer education would also help sell volumes consistently, adding that it is a fruit that has slowly gained popularity as consumers become more health-conscious. But without a governing industry body, like avocados and mangoes, it is up to individual growers to promote their own fruit.

"Dragonfruit is a funny item; we used to go to the market before anyone knew what they were and give them away basically," Mr Johnston said. "We would get people to go away and come back with feedback. 10 per cent would say it was amazing, there was a middle range of 50-60 per cent who said they would eat occasionally, but wouldn't buy regularly, the rest would say it was horrible. But the market lies with the health-conscious consumers - because that's what it is basically - a superfood. Educating consumers is a big thing because depending on how cold it is changes how it tastes." 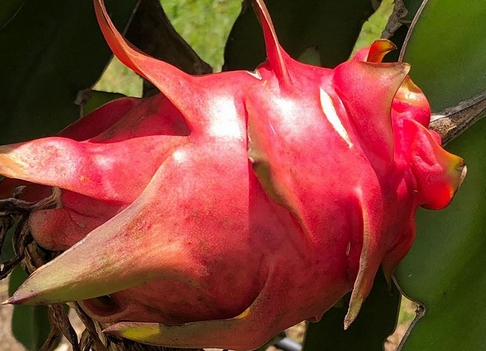 Australian dragonfruit also has to compete with imports from countries including Vietnam and Peru, which cuts into their season.

"We now have lost exclusivity at the start and end of our season in terms of the prices we get," Mr Johnston said. "One indirect advantage is that some of it tastes terrible - it is picked green and tastes like a green banana. It is hurting, though, when people buy that product, and it tastes terrible, so they never come back and buy it again. It's like a double-edged sword. That's why it is important to supply it to the greengrocer or fruiterer each and every week is important, so a customer can get the fruit when they want it. It can be a spasmodic fruit; I can pick 14 tonnes at the same time Queensland picks 14 tonnes - then there's nothing for 3-4 weeks. By supplying fruit consistently and getting fruit shops to stock it, it will increase sales."

North Byron Farms is a fourth-generation family farm after the property was initially cattle and dairy. Since then the Johnstons have grown a range of horticulture such as passionfruit, stone fruit, mangoes, citrus and eventually switched to dragonfruit during the 1990s. It currently only produces the red-skinned, red flesh-variety - but Mr Johnston says he has produced others in the past.

"I did grow the prickly yellow one in the early days, which was too labour intensive so I couldn't make money out of it," he said. "I also grew the white-fleshed one; while it was easy to grow but the prices (aren't good). A lot get planted but when we are getting $5 per kilo for the red ones, white ones are $2.50. I ended up knocking the white ones out. Basically, glutting markets and throwing fruit away sort of killed me. It is only recently I decided I was going to plant the extra 8,500 trees and try it. It costs me $70-80 per plant to get to the production stage - which is a lot of money - and it takes 7-8 years to break even. But that’s farming." 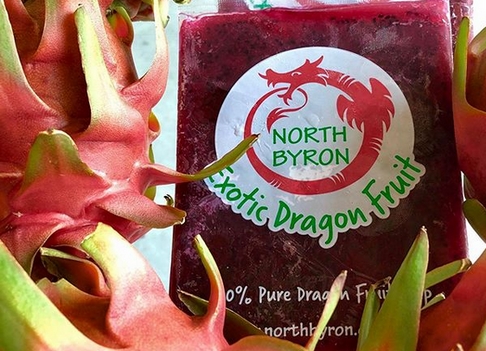 As well as fresh supply, the company also produces a 100 per cent dragonfruit puree, which is also used in products like gelato and sorbet, while juice bars are adding it to their menu.