"We want to be off the market by early October"

On 20 July - about a week earlier than usual - the team from the Kremers company in North Rhine-Westphalia picked the first German table grapes. The cultivation of table grapes is an absolute niche in Germany, but the products from the greenhouse are particularly popular with customers. "We would like to see young farmers also opt for grape cultivation," says passionate producer Heribert Kremers. 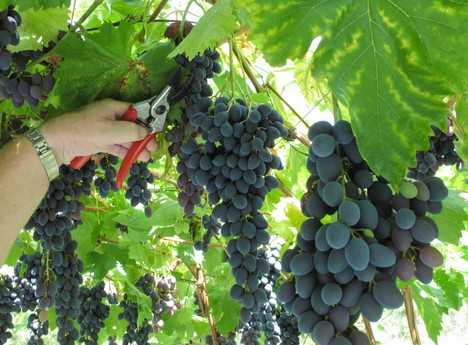 So far, about 1,500 kg have been picked in the Kremers family's greenhouse in the Rhineland. The fruits are cultivated on so-called high wires, Kremers explains. "We are also struggling with frost damage, because in April there were continuous night-time temperatures of -1 degree Celsius." At the moment it's not the cold but an acute heat wave that is worrying Kremers. "Such temperatures are a problem for both humans and plants. However, the climate in the greenhouse is still okay and we have drip irrigation." 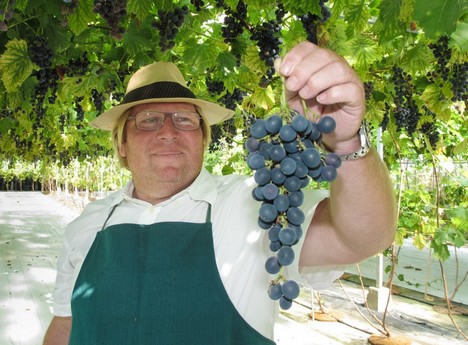 Heribert Kremers has devoted himself to table grape cultivation since 2011. The table grapes are partly sold under his own label.

Table grapes instead of blueberries
The idea of table grape production was born in 2011, when Mr. Kremers took over his father's farm. The existing greenhouse facility was still too good to demolish. "We had to think about it: What do we do with it? First and foremost we thought about growing blueberries. But there are already enough of them on the market. So we finally came up with the idea to enter a niche market: table grape cultivation."

Today, the facility houses about 12 different varieties, the majority of which - in line with the current consumer demand - consists of seedless grapes. In addition to this, variety trials are constantly taking place. "The popular Muscat grape is now coming into production. The early Rosa grape and the light-coloured Fanny are also well received by our customers, mainly farm shops and private buyers." The products are usually marketed until October. "As soon as the citrus comes back to the fore, we want to be off the market." 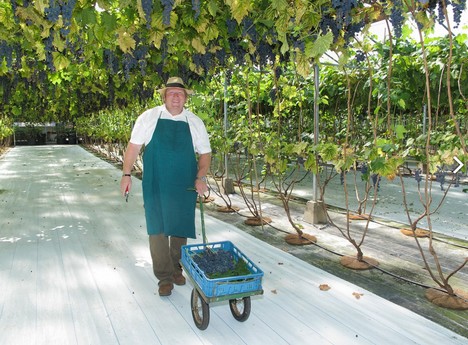 Lack of succession
The German table grape is a niche and there are only a few producers who are dedicated to its cultivation. It can probably not be ruled out that in the long term there will be no more commercial cultivation on German soil, Kremers said. "The lack of enthusiasm among young growers is a big problem. We too have not yet found a successor for the company."