"Disappointing period for mandarins recently, no stocks of oranges"

In general, overseas citrus sales are going particularly well this summer. Only the mandarins are currently a negative exception to the rule, according to Eddy Kreukniet of Exsa Europe. "That market has had a disappointing period, mainly due to the good weather and additional volumes from South Africa. Strangely enough, we don't see that with oranges."

According to Exsa, the mandarin market has to do with another factor. "In recent years, many new varieties have been added. These are mostly better varieties, but the old varieties have not been harvested and are therefore experiencing a lot more difficulties. We have seen the same trend with the grapes, and that is a point of concern that the sector needs to be aware of and look out for. " 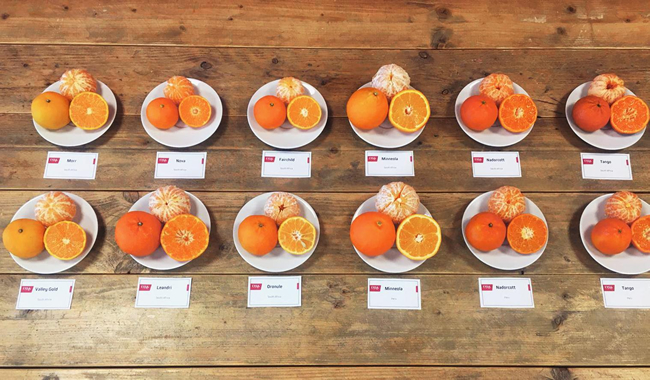 "The oranges have much more stable sales. In recent years the orange market went wrong more often in the months of October and November, but that is not going to happen this year, because there are practically no stocks. As a result of the recent delays - and with the peaks behind us - it will be a lot more difficult to fill in the demand in the last part of the season," notes Eddy.

The announced EU import ban for Argentinian oranges and lemons will mainly affect the lemon market, he says. "At the start of the season, the larger harvest in South Africa and normal harvest in Argentina caused a nervous market. The export stop from Argentina has played a positive role in South Africa. If Argentina had sent the regular lemons, they would have seriously been in each others way. The lemon market is now stable. The Spanish and Turkish season will traditionally start in September, but we are not bothered by that yet. We are at the end of the line and prices are currently experiencing a slight recovery "

He describes the grapefruit market as positively boring. "There are no failures there. The volumes are under control and the supply from South Africa has been very stable. The first volumes from Mexico are now also on the water and Israel and Turkey will start up again at the end of September. Finally, sales for limes are progressing exceptionally well. Although the market has been bad for a long time, it caught fire again due to shortages in Mexico and Brazil! "