Last weekend, three key Nile basin countries resumed online negotiations led by the African Union to resolve a years-long dispute over a giant hydroelectric dam that Ethiopia is building on the Blue Nile, Egyptian and Ethiopian officials said. The dam in question is called the Grand Ethiopian Renaissance Dam.

Up until now, years of talks between Egypt, Ethiopia and Sudan with a variety of mediators, including the Trump administration, have failed to produce a solution. The two downstream nations, Egypt and Sudan, have repeatedly insisted Ethiopia must not start filling the reservoir without reaching a deal first.

Egypt and Sudan suspended their talks with Ethiopia earlier this month, after Addis Ababa proposed linking a deal on the filling and operations of its Grand Ethiopian Renaissance Dam to a broader agreement about the Blue Nile's waters. That tributary begins in Ethiopia and is the source of as much as 85% of the Nile River.

The ministers agreed to continue the negations Tuesday to "unify drafts of a deal that were presented by the three counties," Sudan's Irrigation Ministry said in a statement, without providing details about the drafts. 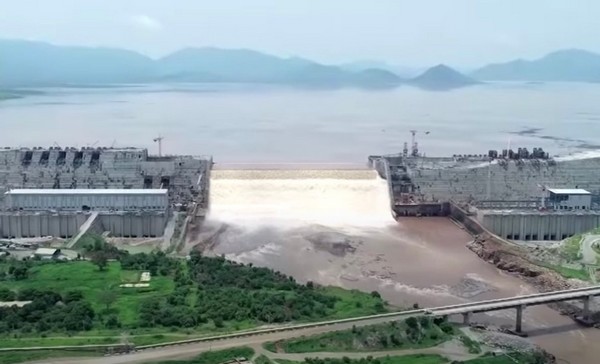 The start of the online conferencing Sunday was announced in a tweet by Ahmed Hafez, a spokesman for Egypt's Foreign Ministry, with attached photos of the Egyptian delegation taking part.

The dispute over the dam reached a tipping point in July, when Ethiopia announced it had completed the first stage of the filling of the dam's 74 billion-cubic-meter reservoir, sparking fear and confusion in Sudan and Egypt.