"This year's blueberry season will be shorter than expected. We're currently working with the last of the mid-season variety, Liberty. This variety did extremely well. We can't complain at all about its productivity or profitability," says Tom Mertens of the Belgian blueberry farm, Mertens Hal. "It's the second consecutive year that the Aurora has sustained a lot of sun damage. Other growers in Belgium and the Netherlands have had a lot of damage too. We're asking ourselves if we should continue with this variety. Or perhaps concentrate on harvesting in July and August." 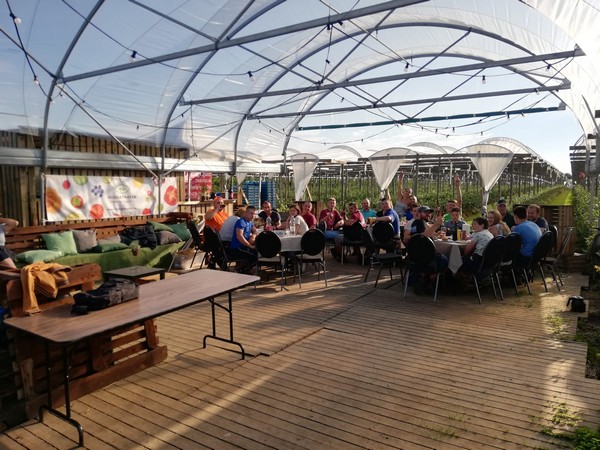 Last year, Mertens was still harvesting at the end of September. He expects to be done much earlier this year. "It's not profitable to keep going. Auction prices also reflect that. I saw auction prices rise quite sharply this week. That's simply because there's not much product on the market anymore. But, the season started well. We had almost no price drops, just a small dip. Auction prices, however, remained fairly stable. Protected cultivation was profitable from the beginning of the season. Prices could, naturally, be higher. But, we can't complain about the season."

Coronavirus
"The coronavirus pandemic caused a small dip, especially for logistics. But, I think this pandemic also ensured that we had little competition from Portugal. The Netherlands also stayed mostly on its home turf this year. We didn't have problems with Poland either. There was a lot of frost damage in Poland. That ensured our prices remained stable. The signs were already there, even before our production started," says Tom. "The corona crisis caused everyone to react with a little protectionism. It also stimulated healthy eating. I don't know if we've ever had a season like this." 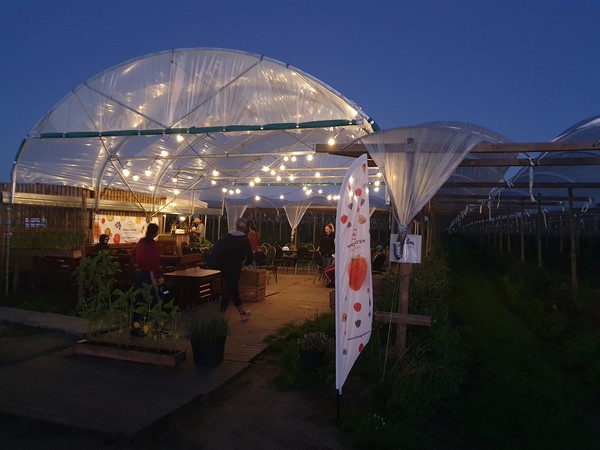 "Because we work with a pool, we didn't have any staff changes. Everything about labor is becoming absurd. We must take temperatures, and new workers must be quarantined. They must take breaks separately, and so on. We're a kilometer from the Dutch border. They have far more freedom there. Here we have to lay the groundwork. The world's coming to an end here, but there seems to be nothing amiss in the Netherlands. I no longer know who to believe in Europe. The whole situation is crazy."

Self-picking days
This year, Mertens organized consumer and company picking days for the first time. "We arranged these with various partners. We wanted to offer people a behind-the-scenes look. We wanted them to see that there's more to blueberries than just harvesting. That's why we created an experience to show that blueberries are quite pricey. There's a lot of time and energy involved. We'll certainly continue with these next year. They offer commercial value, and consumers gain respect for growers. And there's a lot of enthusiasm for them," concludes Tom.