Xinfadi is the largest wholesale market for fruit, vegetable and meat supplies in Beijing. A local official has said it is to reopen starting Saturday, around two months after its business was suspended for causing a COVID-19 epidemic resurgence.

Zhou Xinchun, executive deputy head of Fengtai District, said that part of the market will reopen this Saturday, recovering 60 percent of its normal transaction volumes for fruit and vegetables, while the rest will resume business before Sept. 10. 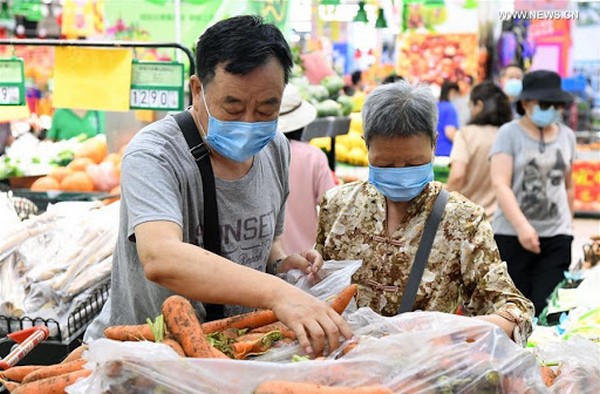 Since June 11, Beijing has reported 335 confirmed COVID-19 cases linked to a cluster of infections in the Xinfadi wholesale market. By Aug. 6, all of the patients had been discharged from hospital after recovery. According to an article on china.org.cn, the city successfully contained the epidemic's resurgence within the space of a month, and it has not reported any locally transmitted confirmed cases linked to the market since early July.