On Tuesday evening, into the night, storms which some described as ‘apocalyptic’ hit the east coast of Scotland. The storms caused major flooding with many roads impassable throughout Wednesday and all rail services cancelled. Many businesses which were just starting to recover from closure due the lock down faced further setbacks from the flooding.

Castleton Farm near Laurencekirk didn’t suffer any damage but Maciej Kolasinski, grower manager at Castleton Farm said some other farms further south had not been so lucky. 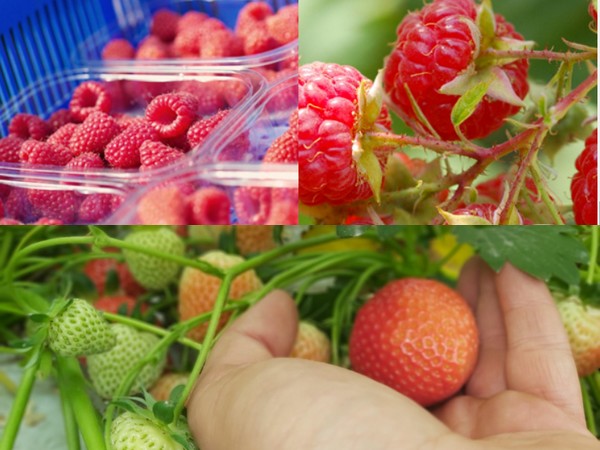 The season is progressing well according to Maciej, but yields from the main strawberry crop are less than was expected, most likely due to frost earlier in the year and the wet winter.

“The cherry and blueberry seasons are just starting and some of the blueberry varieties are doing better than others. A couple of varieties have seen a significant drop and there is a wide variety of fruit size, but the majority are looking promising with big berries and flavour and the blueberry season is looking good.

Labour has not been a problem for Castelton Farms, Maciej was pleasantly surprised by the quality of the local workers who came along and the fact that they kept coming back, only the speed was a bit less but that was down to experience. They even retained some on full-time contracts, which is good for the company and for the community.

“Demand for fruit in the UK is good at the moment as we are coming to the end of our strawberry and raspberry crops.”