What does the future hold for Spanish plums?

Plum production volumes in the Spanish region of Extremadura, the main producing area of this fruit in Spain, are around 25% lower than last season. Although the first part of the season was good in terms of demand and prices, the surprising loss of the Brazilian market this year has led to falling prices. In fact, if it hadn't been for the lack of this market, the campaign would have likely been good, given the drop in the production in other countries, such as Italy, France, Portugal or Greece, due to the impact of frost and hail storms. But is Spain really alone in the market? 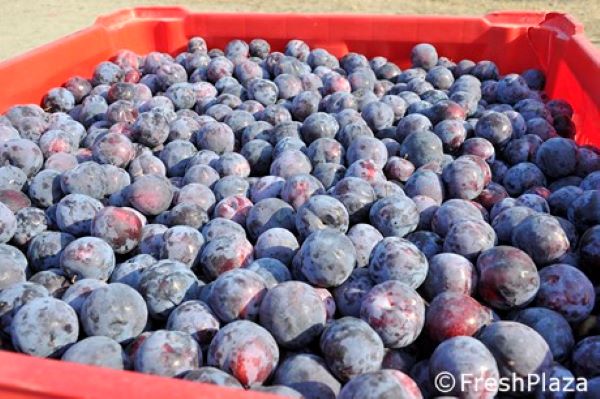 "Many Extremaduran companies bet heavily on exporting to Brazil. Last season, more than 20,000 tons were shipped there. It is a very attractive market due to its good demand for fruit of sizes 50 and above and 9 kg bulk containers. The good results achieved in this country they have resulted in many exporters 'putting all their eggs in the same basket', so to speak," says a Spanish plum exporter.

Although, to some extent, the fruit is finding its way into other third markets, such as India, Europe continues to be one of the main destinations for plum exports. However, in a year like this, the gaps are increasingly filled by local productions.

"Poland has had a remarkable plum production for years. The English already consume their British plums, which are preferred in a market that tends to go for domestic products. We are also losing the Norwegian market, which already has its own plums, like Germany," says the exporter.

This year is already being difficult, but what will happen next year if Spanish exporters still cannot ship to Brazil or Italy and other traditional exporting countries have normal harvests?

"The 2018 Spanish plum campaign was marked by a harvest with low yields, both in Extremadura and in the rest of Europe, but Spanish exporters relied on the Brazilian market. The situation this campaign is alarming."

"The truth is that the fruit sector in Extremadura heavily relies on plums, since peaches and nectarines have been left in 'no man's land', losing ground to other Spanish producing areas. Something similar has happened to Badajoz, with the focus on plums, and to Castellon with its mandarins and clementines. What does the future hold for Spanish plums?" the exporter wonders.