Amit Kalya on the Indian grape and pomegranate season

After a difficult grape season in India, it is now time for the pomegranate season. The demand for pomegranates is expected to be higher as consumers are looking for fruits that enhance the immune system and have high nutritional values. One exporter hopes they’ll start shipments to the UK and other European countries soon.

Looking back at the past grape season, Amit Kalya, owner of Kalya Exports, can’t be satisfied with the result. “The season for Indian grapes is over now, so we’re awaiting the new harvest which should arrive in December 2020. We’ll be exporting those grapes up to May 2021. Overall this year has not been a positive year for the Indian grapes. The total volume shipped from India has dropped by a staggering 28% when looking at a year-to-year basis. This is mainly due to lower production, as heavy rains hit the orchards in the early season. Naturally the Covid-19 pandemic created difficulties in both India as well as the locations our grapes were supposed to be exported to. The virus created challenges in terms of labor and transportation mostly.” 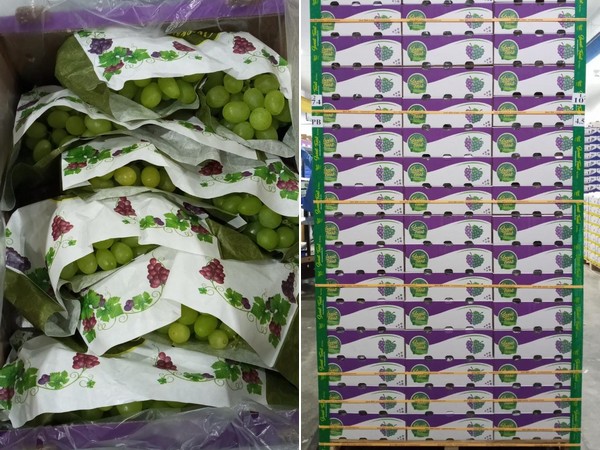 With the coronavirus heavily influencing the season, Kalya can’t help but wonder if the season would’ve been a normal one if the outbreak would have never happened: “Demand was stable this season, we did not see any improvements when comparing it to last year. Had Covid-19 not changed the playing field, I feel the Indian grape season would have been a normal, average season. Our major markets in Europe, Canadian and South East Asia also had to deal with these issues, but luckily we managed to increase our volumes in both Canada and South East Asia, despite the challenges the pandemic caused.”

As hardly any labor was available, growers had to innovate with their produce. Kalya says some growers resorted to using their table grapes for raisins. “The prices were stable until the March, after that they started showing a downward trend from the second half of March, after nationwide lockdown were announced and implemented by the Government authorities. Several growers chose to make raisins out of their table grapes orchard harvest, as export was either completely halted or reduced drastically during the lockdown period. Harvesting could not be done due to the shortage of labor, and transport was extremely challenging for the same reason.” 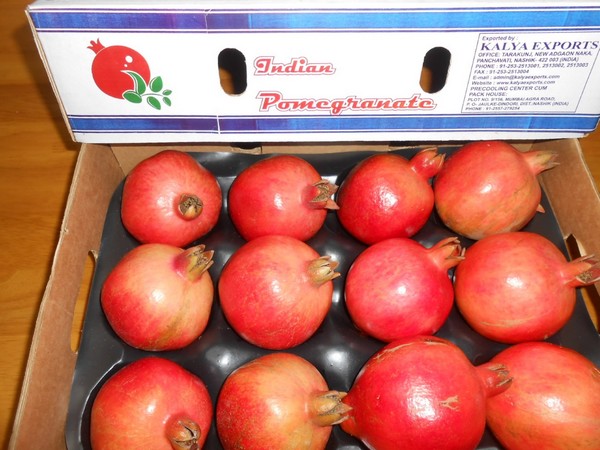 At the moment, India is still doing what it can to prevent new cases of the virus, but thousands of newly infected people are registered on a daily basis. “In India the situation in regards to Covid-19 is improving gradually, but we’re still seeing thousands of new cases every day. The metropolitan cities have been affected severely, as the population lives in a very dense area. Business in less affected areas has continued as normal, but in the areas that are really struggling with the virus, business is badly hampered.” Kalya says.

The current focus is on the pomegranate season, which will last until October. Although larger sizes are hard to come by, the overall harvest is satisfying, says Kalya: “The pomegranate season has recently started in India.The fruit is looking good, thanks to a nice color. The taste is also on par, but the larger sizes are not as available as we first expected. We’re already preparing our loads for the southern Asian markets, and hopefully will start for the UK and other European countries soon. Demand for pomegranates looks quite stable right now, possibly even higher than it was last year. Consumers are opting for high nutritional fruits like pomegranates and citrus. This should definitely boost the sales for this year, but the pandemic makes everything uncertain.”

“We are working with Asian markets as of now and will start the movement of fruit to Europe, UK and Canada once the residue free fruit is available for harvesting. Prices for regular size fruit are stable, but there is a substantial demand for the larger size pomegranate and that leads to higher prices for the larger size fruit. Transportation and logistics costs have increased this year due to the pandemic and also due to the current increased fuel prices. This all leads to higher prices for the produce itself. Pomegranates are available all year round in India, but we mainly export produce from August to October and from January to March. We are hopeful for the success of the January to March shipments of 2021!” Kalya concludes.