Limes are ample yet seeing a strong market

“There are ample supplies at the moment and supplies are steady,” says Steven Leal with S&J Distributing in Edinburg, TX, who notes that limes are largely coming from Mexico. He adds that there’s slightly more fruit this year than last year at this time. “This past week caught a lot of us off guard because there was more fruit than normal for this time of year,” says Leal. “The entire summer we’re just seeing numbers that are high.”

However there are challenges with supplies from Mexico right now. “We’re in the time of year where it’s peak season with volume but it’s also peak with problems with the fruit,” says Leal. “There are multiple issues. There’s persistent heat hitting these trees for a few months now. The fruit will show up a little lighter and the shelf life is at its minimum too. A lot of fruit is changing rapidly and maturing rapidly.” 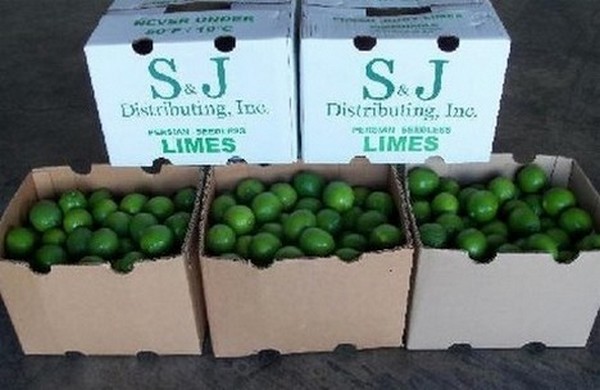 Looking at quality
This means offsetting that large volume is a lot of shrinkage. Leal notes it’s losing about 25-30 percent of the fruit due to quality issues.
Normally at this time of year, offshore imports from Colombia, Guatemala and Peru also arrive largely on the East Coast. “But from my understanding, they haven’t been there,” says Leal. “I think that’s one reason why the lime market is doing better than it should. Usually when the market is in the high $20s-low $30s, interest from Florida goes away because they’re receiving offshore fruit. But they haven’t been getting it.”

At the same time, demand is uncharacteristically strong for limes right now, despite the challenges in the market including the ample fruit and the quality issues. “And with foodservice demand, it’s still down including from bars which directly affects us,” says Leal.

Fueling retail demand
The bulk of the lime demand is consistently from the retail sector and has been for the past three to four months now. “A lot of that foodservice business has veered off towards people cooking at home, curbside pick up, etc. It’s just perked up the demand for citrus in the retail sector,” says Leal.

This has collectively left pricing for limes strong. “One other factor are the COVID-related issues in Mexico that were labor related,” says Leal, who says that there were challenges with labor able to pick and pack fruit. “That caused an immediate $12-$14 hike on fruit. And it really never settled back down. That’s one thing that set up this elevated price,” he adds.

Looking ahead though, Leal anticipates that price will come off in the next few weeks. “Until there’s a surge of fruit that’s all usable, then this momentum will somewhat maintain,” says Leal. “Then price should come off at a slow pace because there’ll still be problems with fruit and it’ll be a process. As long as the demand in retail is there, the price shouldn’t collapse.”