The harvest carried out by Citricola Salteña has shown very positive numbers so far, as there have been significant increases in exports and improvements in prices and volume placement in markets such as the United States, Europe, and Brazil.

In the quarter of April-June of this year, for example, revenues in dollars increased by 66% over the same period in 2019. This is due both to an improvement in the prices obtained and in the volumes exported. So far sales amount to 7 million dollars compared to 4.2 million a year ago. 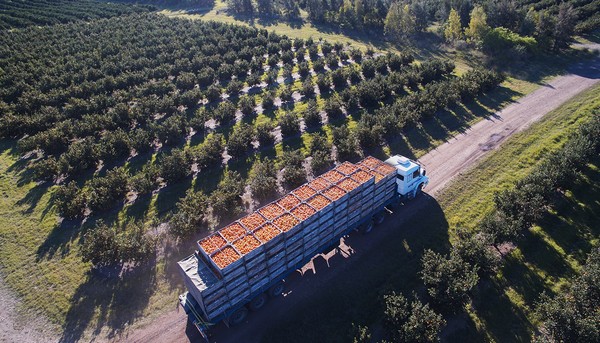 The increase in international prices of the products made and manufactured by Citricola Salteña has also stood out. The price per ton this year increased by 15% when compared to last year. In 2019, the price per ton got up to 857 dollars, in 2020 that figure rose to 985 dollars.

In the vast majority of products sold arrived at their destination in a timely manner, which means the season is proceeding normally in the main markets, which are the United States, Europe, and Brazil.

Packaging: record increase
The packaging services that Citricola Salteña performs at its Salto plant have increased by an extraordinary 250% over the previous year.

In addition to processing their own production, the company also provides services to Camposol and other production companies. This year its packaging activity has amounted to nearly 800 thousand dollars, i.e. two and a half times more than the 320 thousand dollars achieved for the same activity in 2019.

In parallel, this year, the company was able to carry out all the preventive controls against pests that originate in summer and autumn, something it couldn't achieve last year due to different circumstances.

At the same time, they have already begun to carry out the corresponding fertilization to achieve the correct nutritional maintenance of the trees, which means their production should have a better performance in the next harvest.