Kaki purchases start earlier in the Spanish Region of Valencia

The Valencian Association of Agricultural Producers (AVA-ASAJA) estimates that the Region of Valencia's kaki production will be 30% lower than last season, with the volume marketed for fresh consumption falling below 300,000 tons. Given this significant reduction in the supply, as well as the excellent quality of the fruit, growers see interest on the part of commercial operators in getting a sufficient supply at the beginning of the season. The harvest will kick off in just a month, so purchases at origin have started unusually early. 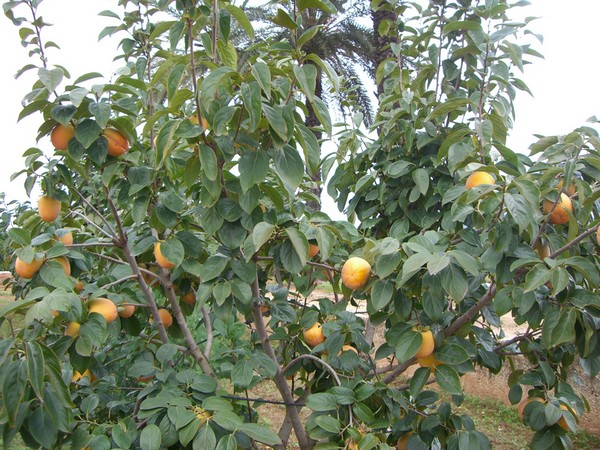 The main cause of this drop in the production is the unusual climatic conditions recorded this spring. The record amount of rainy and cloudy days caused a massive fall of fruits during the flowering and fruit setting stage.

The agrarian organization reports severe losses, of between 50 and 90% of the total production, in certain plots of the regions of La Costera, Los Serranos, L'Horta Sud and even in the southern half of La Ribera Alta (the main kaki producing area in both the Region of Valencia and Spain).

The sector also expects pests (cotonet, whitefly, thrips, etc.) to become a bigger issue due to the inability to combat them effectively as a result of the phytosanitary restrictions imposed by European legislation.

The president of AVA-ASAJA, Cristóbal Aguado, says that “objective market factors should allow producers to keep prices at reasonable levels. Taking into account the small production available, its extraordinary quality and the rising demand for this fruit, producers are in a position that may allow them to cover their production costs and offset the losses suffered in recent seasons.”

Despite the good prospects, Aguado urges the administrations "not to stand still and to work on the reopening of the Russian market, on trying to avoid the imposition of tariffs from the United Kingdom, on opening new foreign markets and, ultimately, on boosting the demand for a fruit that consumers always buy again after they've tried it.”

For more information, you can contact the head of the kaki sector at AVA-ASAJA, Vicente Carmelo Burches (a producer from Alginet) via the following phone number +34 664 419 846.