“Michigan is peaking right now and Oregon and Washington are on the back ends of their crops,” says Luciano Fiszman of Redondo Beach, Ca.-based Gourmet Trading Co. “British Columbia is also in peak production and there’s a little bit of New Jersey product on storage.” 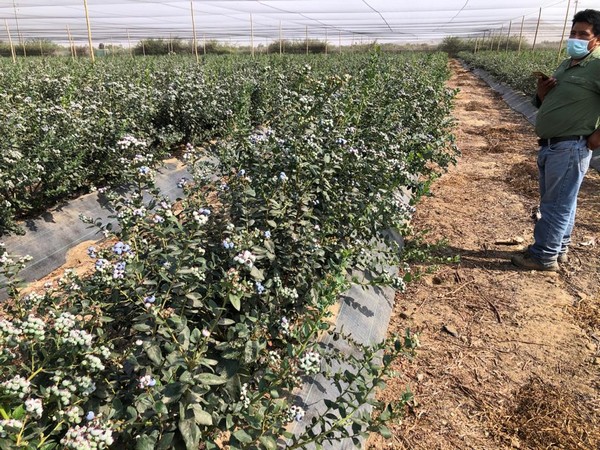 Fiszman adds that Peru has also started with its supplies. “A few years ago, there was no room for Peru this early in the season. Most retailers prefer to stick with domestic production,” he says. “Over time, consumers learned that the Peruvian product is a firm piece of fruit. Fruit from regions such as B.C. and the Michigan tend to be softer, etc. because their varieties are older and the weather is hot.” Fiszman notes that rather than starting earlier with shipping its fruit to North America, supplies are building incrementally because more fruit is available thanks to increased acreage and plantings that are maturing.

Overall though, Fiszman says supplies are currently similar to last year at this time. “With multiple regions, sometimes one region has more and others have a lesser crop,” he says, noting that while Oregon and Washington are enjoying solid seasons with good quality fruit at strong volumes, B.C. has struggled because of weather issues over the winter and into the spring which caused the region to start production late.

Solid demand continues
At the same time, demand is really strong for blueberries. “We’ve had a strong May, June and July,” says Fiszman. “People like blueberries because they boost your immune system, they’re available in a package, they’re convenient and are a nice product to eat. All those combined reasons mean demand for the past three months has been stronger than last year.”

He also adds that while overall blueberry consumption has grown in the past few years, organic consumption is increasing even more than conventional consumption.

And while pricing looks average for those three months, it’s the way that pricing has shaped up that reflects the market. “Those last three strong months, pricing was average. But the great demand has helped the price stay firm. It took longer for the price to go down,” says Fiszman.

Looking ahead, as the domestic season wraps up in September, the remaining weeks could be a test for domestic blueberry producers. “I think Peru will be a challenge. Once its volume starts building, domestic growers will need to compete on price to continue to get purchase orders,” says Fiszman.