Demand for fresh pomegranates arils has been solid, both in the Indian domestic market as well as other Asian countries. The current harvest is smaller in size, as the larger sized pomegranates will be harvested in November. Due to an increase in acreage and production, the bumper crop has led to lower prices for pomegranates at this time.

Although the pomegranate season in India is already in full swing, the start of the season was quite rocky due to the lockdowns in the country, Shivaji Kalaskar, director of Indian fresh fruit exporter Phalani Fresh, explains. “In India the 2020 pomegranate season started in second week of June and volumes are gradually increasing. Although we’re in the early days of the pomegranate season, lockdown has already affected the domestic sale of pomegranates. However, since the mid of July the process of unlocking has started, which is great news for pomegranate growers. At the moment we have a healthy domestic demand from South and North India. The majority of the Indian pomegranate production is destined for domestic sales, Phalani Fresh focuses on both the domestic market as well as exports.” 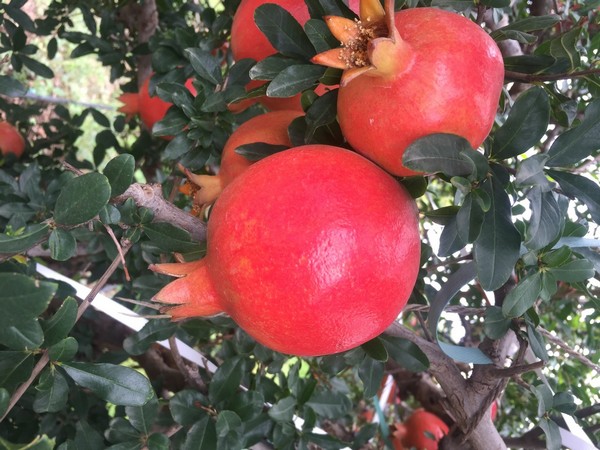 At this time of year, the pomegranates are a deeper red in color, but also come in smaller sizes. It means the demand is currently highest in Asian markets, Kalaskar says. “The current quality of the pomegranate is excellent in terms of coloration and taste, The dark red arils are available from July to February. In terms of sizes, we’re getting smaller fruits, which is acceptable for the domestic, the Middle-Eastern and South East Asian markets. For the European clients, they demand large fruits, which are more widely available between October and February. Demand from the domestic market is quite good, as well as demand from the Middle East and other Asian markets.”

The weather has helped significantly in both the appearance of the pomegranates as well as the production level in India overall: “We’ve been getting very nice rains since June, so the external appearance of the pomegranates is very appealing and even shiny. This also means we expect to harvest about 10% more produce than we did last year, both in the last month as well as the entire season overall. In India, the plantations for pomegranates are increasing every day, we’ll be getting a bumper crop in future seasons.” Kalaskar explains. 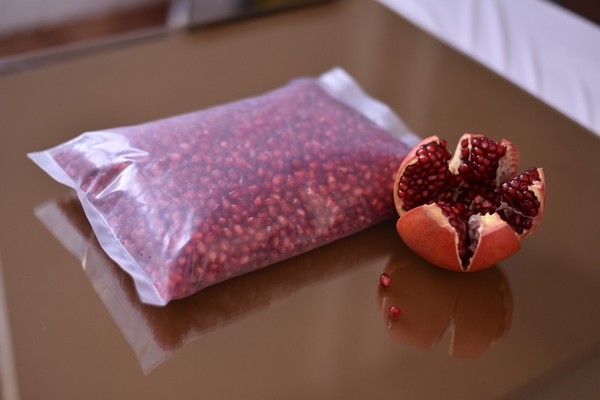 A combination of low domestic prices and high air freight rates make the export of pomegranate arils not ideal. Phalani Fresh has opted remove a large portion of its pomegranate aril trade for this season, says Kalaskar.

“The fresh pomegranate arils production and trade is very dependent on transport via air, which currently is very costly. Prices have increased by such an amount, that we currently play double the price when shipping to the European market, or to Dubai. This means we’ll only be doing about 10 per cent of the aril trade that we did last year in the same period. As a result we’ve increased our domestic sales for fresh pomegranates, as well as our export volumes. Due to bumper crops the price of pomegranate is lower compared to last year, in India market prices started from 0.40 USD/kg to 1.60 USD/kg with the large size fruits getting the better prices compared to small fruits.”

“The European demand for Indian pomegranates has always been due to the unique taste of our Bhagwa variety and the texture of its arils. For this upcoming season, which runs from November to February 2021, Phalani Fresh will be mainly focusing the European market. It’s the time our pomegranate sizes are at its best, so we’d like to ship at least 50 containers to Europe this year. Thankfully, we’re already discussing terms with our clients in Europe.” Kalaskar concludes.