Hardly anyone expected the corona crisis to turn the world upside down in the way it has. Those at the Flanders' Agricultural Marketing Board (VLAM) in Belgium had also hoped the situation would return to normal soon. "But that didn't happen," says Leen Guffens, VLAM's promotion's director. "At the beginning of the lockdown, it turned out that there was a lot of uncertainty regarding trade shows. The trade missions we had planned were either scrapped or postponed too. No-one knew how long the situation would last."

"That meant we had to find alternate ways to put Belgian products on the map overseas. Exports did continue, thanks to our companies' efforts. But, prospects were less obvious. That's why we focused more on creating a stronger digital presence. We supplemented our website with additional content and videos. We're also going to surprise our contacts later in the year. They'll receive gifts, including product packs. We're trying to keep in touch with our contacts in this way." 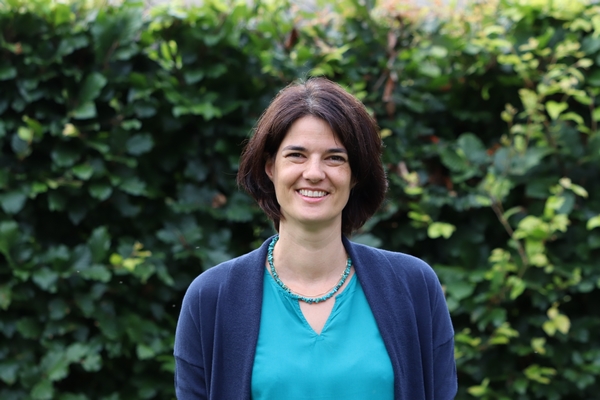 "Everything we're doing abroad, we're doing in partnership with the export businesses. We organize things, but the exporters approach the potential clients," says Leen. "That's why we think it's important to have our export companies at trade shows. Fruit Attraction is the next big show on the fruit and vegetable sector's calendar. If at all possible, we'll be there. Communication is key if you want to keep the relationship going with partners."

"Especially if you want to keep in touch with contacts in far-off destinations. To support exporters, we're also launching an incubator. That's thanks to (Belgian Minister) Hilde Crevits. This incubator will enable businesses to realize projects that should help get exports going. That's thanks to a financial boost. It aims to stimulate innovation as well as the sector. This incubator gives companies who want to move forward the confidence they need."

Asparagus in the spotlight
The crisis meant VLAM had to take care of its day-to-day business operations too. "From one day to the next, we had to work from home. And we had to organize meetings and training online. One of the critical tasks was to review planned campaigns. We withdraw and modified several of these because they weren't corona-proof. That meant, at the time, they didn't fit into the spirit of the times. We adapted the other campaigns, using the hashtag, #LekkerInUwKot (Nicely at Home)," explains Guffens.

"That refers to the Minister of Health, Maggie De Block's well-known statement: "Stay home". We've focused a lot on local producers in recent months. But it was tough for some specific products, like asparagus. The asparagus market had collapsed because the hospitality industry closed. So, we put this product in the spotlight. We did so together with, for example, (the well-known Belgian chef) Jeroen Meus."

Flanders
"We're not only steering ongoing campaigns. We've also strengthened our communication. We've launched a spot on TV and online. It focuses on vegetables from Flanders. We did so along with (the Belgian cooperative) LAVA. We're achieving nice results with this campaign. People's intention to come up with local products has grown. We hope this trend will continue even after this crisis," continues Guffens.

"The peak will level off a bit later. But, awareness has been created, and that's a good step ahead. We've never experienced people being this concerned with food. I think some people have become aware of fruit, vegetables, and other foods' value. I also think our campaigns gave this a little push in the right direction. Our umbrella cooking platform, 'lekkervanbijons.be' benefited. After all, everyone was home and had to conjure up a meal every day."

"We provided relevant content and extra communication over 'Lekker van bij ons' (Nicely local). That resulted in double the visitor numbers compared to last year," Leen says. VLAM didn't forget the kids. They want to teach children about where their food comes from. That's being done via an accessible campaign called 'Wat komt er op je bord' (What's on your plate).

Short-chain project
One of the hugely successful projects is the farm sales short-chain project. "Farm sales are the epitome of nicely local. Many people consider farm sales to be a kind of safe haven. That's because some people dare not got to the supermarket. We're delighted with this project's results. We expect these sales to remain popular even after the crisis," hopes Guffens.

To support potato farmers, VLAM partnered with Too Good To Go and the local supermarkets. The campaign's called 'SOS Patat' (SOS Potato). "We created stickers for the frozen goods section. These give shoppers information about local potato products. This campaign's a good example of joining forces, putting shoulder to the wheel, and switching rapidly. Even in a short amount of time, together, we ensured that this nice initiative got off the ground."

"Belgian media consumption skyrocketed during the crisis. Our websites and social media channels were also well visited. The crisis had many negative consequences. But, it taught us a lot too. By working from home, we've become much more efficient. And an increasing number of people are recognizing food's value. We at VLAM continue to focus on these tasks. We want to put Belgian products in the spotlight on both the domestic and international markets," concludes Leen.