The Limpopo onion harvest has been in full swing since March at AL 3 BOERDERY, a prominent potato, onion and butternut producer in the north of South Africa.

AL 3’s marketing strategy is almost exclusively focused on South Africa's fresh produce market system and they supply markets across the country with approximately 40,000 tonnes of potatoes per year; very little to retail.

They were spared the strafing that the potato market received in March and April due to the closure of the restaurant sector; their harvest from Kimberley only started in May, with the main potato season starting September in the Dendron and Waterpoort areas, Limpopo.

On onions they have at least another two weeks to go. The season could have been so much worse, says Stephanie van der Merwe, AL 3's brand manager, but it has in fact turned out better than expected with strong onion demand.

Onion prices have slightly increased during July with overall good prices since the end of March. 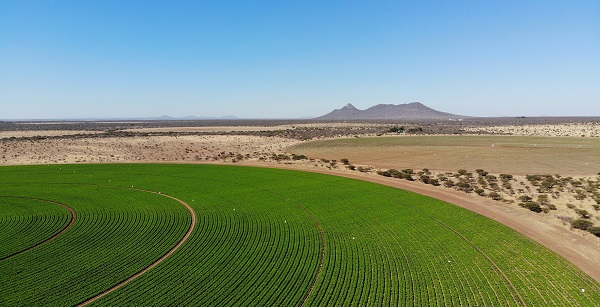 Economising water is pivotal to AL 3 BOERDERY, who have managed a water saving of up to 30% through the Dragon-line drip system pulled behind the pivots.

The farming enterprise comprises four units, two of which are in Limpopo (Dendron and Waterpoort), one in the Northern Cape (near Kimberley) and one on the Mpumalanga Highveld (Ermelo).

Dragon fruit: extremely low water use requirement
An unusual move has been that into dragon fruit, of which they have now planted 10ha with varieties from three different breeding programmes in Limpopo, Gauteng and the Eastern Cape. 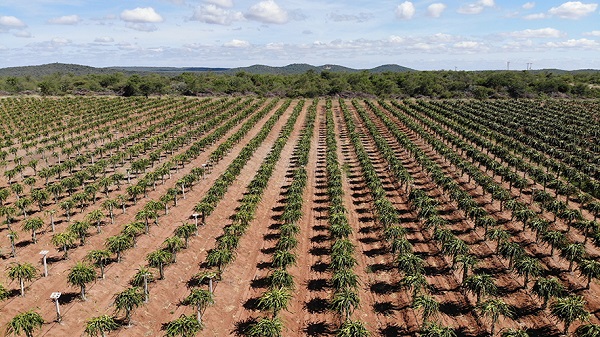 The new generation dragon fruit has significantly higher Brix levels than the white-fleshed fruit with which South Africans are (somewhat) familiar.

Drop for drop it is one of the most waterwise fruit categories to produce, being of the cactus family, and for that reason it holds great promise for South Africa. (It is also exceptionally labour-intensive, requiring pruning every day during winter to dampen its vegetative vigour in favour of flower buds.) 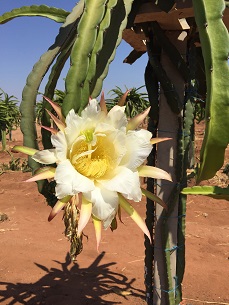 For the moment their sights are set on opening up the South African dragon fruit market, but future exports are not ruled out: South Africa’s dragon fruit harvest runs counterseasonally with Northern Hemisphere production.

Although dragon fruit flowers are nocturnal, the flowers are very attractive to bees. Hives are brought in for pollination, but they also make use of a blower that they built which blows air over the stamens, containing pollen, for more effective pollination.

The second commercial harvest is expected next season. This year’s crop was characterised by peaks caused by rain and very low temperatures.