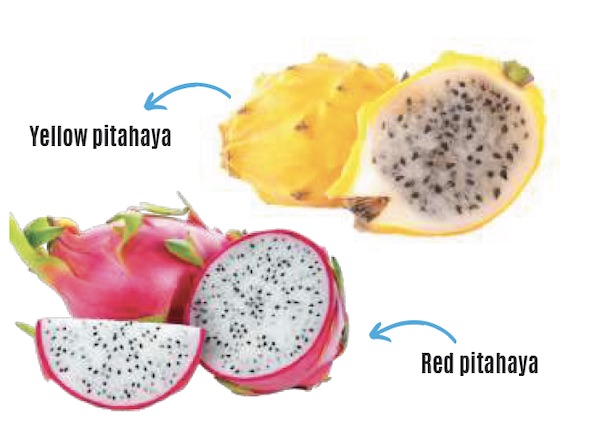 Florida production reduces prices in Ecuador
For Ecuabrok, the main export market is the United States. “We do also ship to Europe, Asia and have also recently found interest in the Emirates but the United States is our biggest market,” Castillo explains.

Right now, Florida is in its high season for the red dragon fruit, which has depressed market prices. “Fruit from Ecuador is still imported but at much lower volumes because Florida is also supplying the US market, and this has caused the prices to go down. Earlier in the year, the prices were around $3 for the fruit, and now they are around $1.50. The demand goes down for Ecuador’s product at this time of the year because of the domestic production in the US, but it works out well because the high season for the red dragon fruit ended in June, so our volumes are much lower now, too,” says Castillo.

Increasing demand over the years
Both yellow and red dragon fruit have been growing in demand in recent years, says Castillo. “There has been a lot of demand from the US and this has been expanding in recent years. We do also participate in a lot of exhibitions, to increase the awareness of our company and our product,” he says.

Good volumes this year
The peak production for the red dragon fruit has passed, having finished up in June. “Despite the pandemic, we had a very productive year this year and saw great volumes,” Castillo shares. “Fortunately, the most important airports that we ship to didn’t close, like Miami for example. There was a short time at the beginning of the pandemic when we weren’t able to ship our product, and we ended up donating it to local communities in need. Right now, everything is back up and running and the shipments are running smoothly,” he says. Ecuabrok transports their dragon fruit both by air and by sea, depending on the time of year.

The competition on the dragon fruit market is on the rise, Castillo shares. “Peru has been planting a lot and is working on expanding their red dragon fruit production. They are now starting to export to the US as well, so it will be interesting to see how this affects the market in the coming years,” he says.

“Dragon fruit is Ecuabrok’s main product, but they also grow other products such as citrus products, papaya, ginger, and passion fruit. For many, the USA is and will be a very important market with which we can make long-term alliances, increase our product portfolio in their market and thus continue generating sources of employment directly or indirectly for our producers and the entire export and logistics chain that this entails,” Castillo concludes.